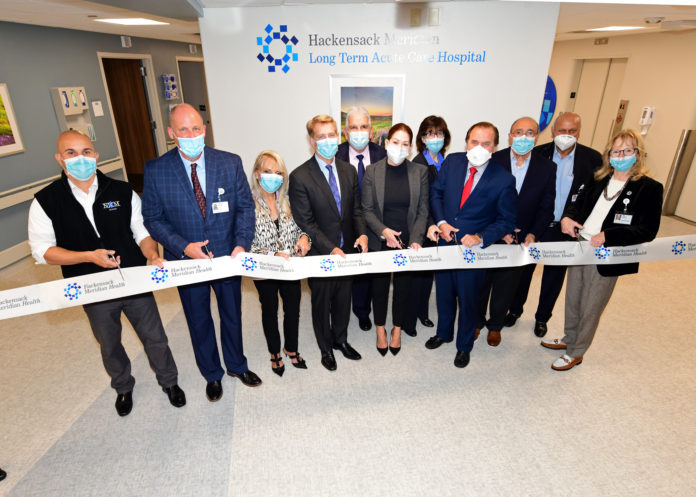 The hospital, which is the 18th in the HMH network, will be located in Raritan Bay Medical Center, and includes a specialized, dedicated floor, daily physician visits, 24/7 emergency physician coverage, an interdisciplinary care team that includes physician specialists, certified registered nurses and technicians, certified respiratory therapists, dieticians and rehabilitation therapists, including PT/OT/speech.

It is part of HMH’s $35 million investment into Raritan Bay Medical Center.

More than that, CEO Bob Garrett said it represents another way that HMH is positioned to provide services for all parts of the community.

“Having 18 hospitals is nice, but it’s not just the number, it’s also the specialties that make it significant,” he said. “We have academic medical centers, community hospitals, rehabilitation hospitals, a behavioral health hospital, children’s hospitals and now our long-term acute care hospitals. So, we’re meeting all of the needs of the community by the specialization of our hospitals.”

Hackensack Meridian LTACH is unique in that it could be viewed as a hospital within a hospital.

But, while it shares a campus with Raritan Bay Medical Center, Garrett stressed that it is different, as it is licensed separately and has its own board and its own staff. Patients who come there have to be admitted — even if they were being treated at a different facility, which they would have to be discharged from, even Raritan Bay.

Garrett said the services at LTACH are much in demand. There are currently only a handful of long-term acute care hospitals in the state.

“It will take care of a lot of people with long-term needs,” he said. “It could be patients that are between acute care and post-acute care. A lot of them are on ventilators, especially during COVID. We’ve had a hard time placing a lot of those patients.”

Other services at Hackensack Meridian LTACH include:

Garrett said the facility has the potential to grow, too. It’s 30 beds now, but it could be 60 later as the need arises, he said.

Michael Burns, the president and chief hospital executive of LTACH, said the facility will have impact.

“The Hackensack Meridian LTACH is dedicated to supporting patients who need specialized services and care,” he said.  “We look forward to providing exceptional care to each patient who comes to our hospital.”