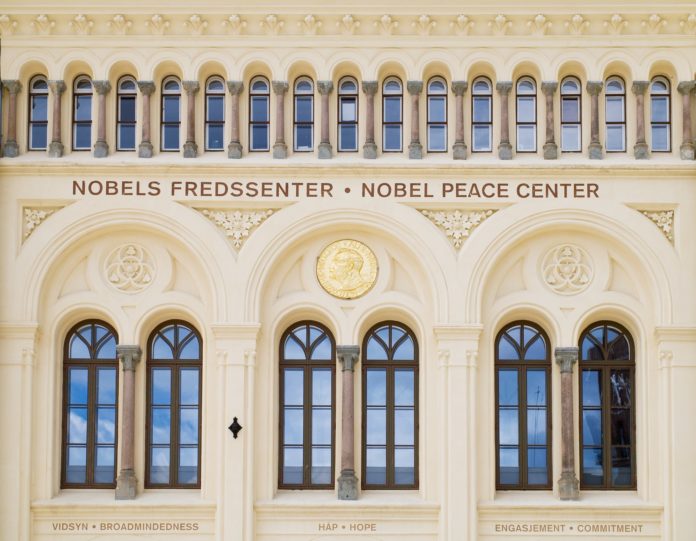 Patton, who was one of Saadi’s professors at Yale, said he nominated Tevogen and Saadi  because of the truly amazing work the company does, and for Saadi’s brilliance and qualities as a human being.

An accomplished graduate of Harvard Business School Executive Education Program, Yale School of Medicine and Dhaka Medical College, Saadi has dedicated his life to various health care matters within both the private sector as well as public.

“We are honored and humbled by the news that Tevogen Bio has been nominated for the Nobel Peace Prize,” Saadi said. “The distinction reinforces our guiding principle that sustainable business success can be an unattainable concept unless the success contributes to societal prosperity, health and well-being of all people and, ultimately, a peaceful existence of all humans.”

Each year, thousands of members of academies, university professors, scientists, previous Nobel Prize laureates and members of parliamentary assemblies and others are asked to submit candidates for the Nobel Prizes for the coming year. The nomination processes start in September each year.

“Helping people to stay healthy, especially those who may have been at a distance from resources, is a good thing and important thing to do. And something most of us would want to do, but we can’t clean up the world,” Patton said.

Tevogen is a late-stage clinical biotechnology company that specializes in the development of cell and gene therapies in oncology, neurology and virology.  It successfully completed the Proof-of-Concept clinical trial of its lead product candidate, TVGN 489, for elderly and/or high-risk ambulatory COVID-19 patients, in which no dose limiting toxicities or treatment-related adverse events were observed.

“He is obviously a very, very brilliant young man. He is committed to the health of others and especially those who have been sort of omitted from opportunities to return to health,” Patton added. “He is also offering opportunities to stay away from dangerous infectious diseases, and, because of Tevogen’s work in developing vaccine products that will be supportive of people either in coming back to health or that will prevent them from having infectious diseases,  I’m sure you will agree that in general that sounds like a good thing to do and that his work and contributions fit with peace.”

Patton said he also finds the work Tevogen does remarkable, as the company is committed to developing lifesaving innovations for diseases and cancers for which there is a very high unmet need. And Saadi is the main driver for the products that come out of Tevogen.

“He is in every way a wonderful human being who is interested in the welfare of others and who has sacrificed his time and contributed his intelligence and drive to help people he may never know. I can’t think of anything more wonderfully peaceful,” Patton added.

Under Saadi’s direction, Tevogen’s TVGN-489 recently received clearance to proceed from the U.S. Food and Drug Administration. The proprietary immunotherapy technology employs highly purified allogeneic cytotoxic T lymphocytes that are capable of recognizing specific targets encoded by SARS-CoV-2 and eliminating virus infected cells. The company is also exploring use of its proprietary technology to treat other viral infections, such as Hepatitis B, HPV, HIV and CTL-based therapeutics for solid and hematologic malignancies.

Shade, working out of CDI, gets $750K grant for wearable that...

Frazier, leader of the highest regard, to step down as chair...