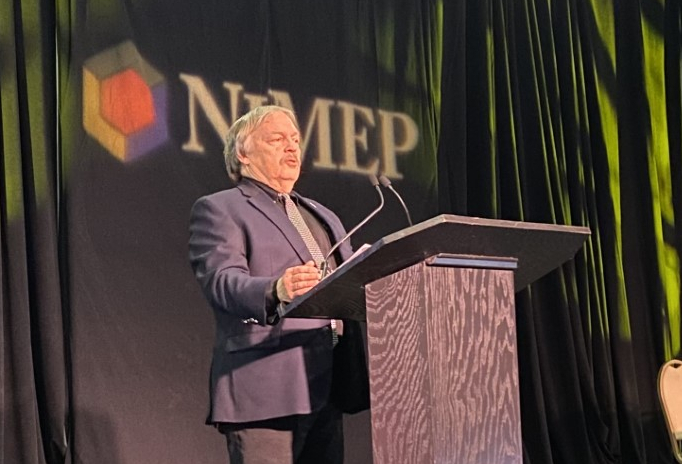 It’s fair to say the more than 1000 attendees — which included four high school robotics teams — brought plenty of excitement and enthusiasm for the annual Made in New Jersey Manufacturing Day event, held last Friday at iPlay America in Freehold.

And it’s fair to say there’s a new understanding and appreciation of the sector’s importance to the state — after seeing the role it played during the pandemic and the supply chain issues that have followed.

Throw in the $35 million that the state has included in its annual budget this summer, and all the elements for a manufacturing resurgence are there.

It all comes, however, with a hint of caution.

John Kennedy, the CEO of the New Jersey Manufacturing Extension Program — which put on the event — put it this way.

“I’m proud of the steps that our state has taken; I really am,” he said. “The $35 million that was appropriated has never happened ever before. It’s in the budget and I’m excited. It can really lead to big things.”

The state is expected to release more details on the funding later this week.

Kennedy, known for being straightforward in his thoughts, said he’s hopeful the announcement will bring definitive opportunities for New Jersey companies. He feels the same way about the CHIPS Act, the recently passed federal legislation that will make hundreds of billions available to help manufacture computer chips, among other items.

But, as an engineer and a former business owner, he’ll only be satisfied when he has a finished project.

“The CHIPS Act is a wonderful idea that can do a lot of great things not only for chips, but for innovation,” he said. “But how is it going to be funded, and is New Jersey going to be competitive enough to go after it?

“So, there’s a lot of optimism right now, but I always get nervous that there’s a shelf life to times like these.”

Kennedy’s mix of optimism and concern was felt by many of the attendees.

Jim Hannan, a partner and manufacturing leader at Withum, said the mood is different than it has been in some time.

“I’m very bullish,” he said. “I think the pandemic, the tariffs and all the trade wars have really opened people’s minds up about how they manage and deal with their suppliers,” he said. “I think you’re going to see a lot more partnerships on supply chains to make sure companies can fulfill commitments.

“Of course, this is assuming that we don’t run into the dreaded ‘recession’ word within the next six months.”

And assuming manufacturers can find the workforce they need — an annual issue that still is a cause for great concern.

“We need an increased labor pool for companies to be able to take advantage of this,” Hannan said.

Travis Epp, the partner in charge of the manufacturing and distribution group at EisnerAmper, said he is encouraged by the seemingly newfound interest in the sector — he just wishes it was more widespread.

“There’s a lot of optimism and enthusiasm right now, especially in some areas, like solar and clean energy,” he said. “I wish there was more out there from some of the other areas.”

Gail Friedberg Rottenstrich, the co-founder and CEO of Newark-based ZAGO Manufacturing, said she is happy the sector itself is spreading into more areas.

“I definitely think there’s much more appreciation,” she said. “We’re definitely seeing it in funding coming from the state and federal government.”

Friedberg Rottenstrich said her optimism for the future is growing, too.

“At an event like today, having all these kids come in doing robotics certainly brings optimism and enthusiasm,” she said. “There’s not only a great partnership now between the industry and government, but also with the community colleges, where we are creating the apprenticeships and pathways programs.”

Where does it go from here?

Suzanne Tracey-Ward, marketing manager at the Knotts Co., a Berkeley Heights-based robotics business, said the key is to turn the recognition and awareness into momentum.

“People are being forward-thinking right now,” she said. “Companies are trying to be one step ahead, whereas, before, they were dragging their feet.”

The reason is simple, Tracey-Ward said.

“If you’re not looking at equipment, you’re already behind,” she said. “No one ever anticipated COVID. Now it’s like, ‘OK, what if this happens again? What do we do? How do we be proactive instead of reactive?’”

Proactive. That’s what Kennedy lives for — what he’s been preaching for nearly a decade.

He’s optimistic that others feel that way, too.

“Let’s get it done,” he said. “We have the opportunity right now, so I’m optimistic. But if we drag our feet, we lose.”