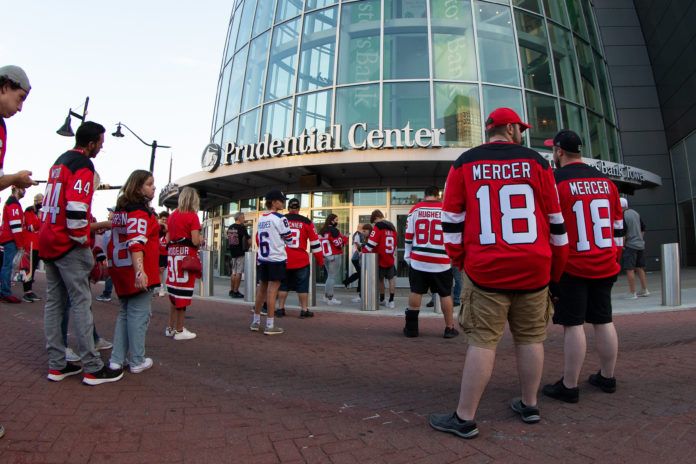 Hockey players … in BMWs … and then on a red carpet? It will all makes sense in a moment.

The New Jersey Devils, taking a page out of the Prudential Center’s recent efforts as host of the MTV Video Music Awards, announced Tuesday their plans to elevate the atmosphere at the team’s home opener against the Detroit Red Wings on Saturday.

The gameday events, presented by Citizens, will start hours before the puck drops at 7 p.m.

Here’s some of the activities planned:

The team will have a number of in-game extras, too, including:

The team, featuring a number of young stars — including former No. 1 overall pick Jack Hughes — appears to be in position to compete for just its second playoff spot in the past 10 years.