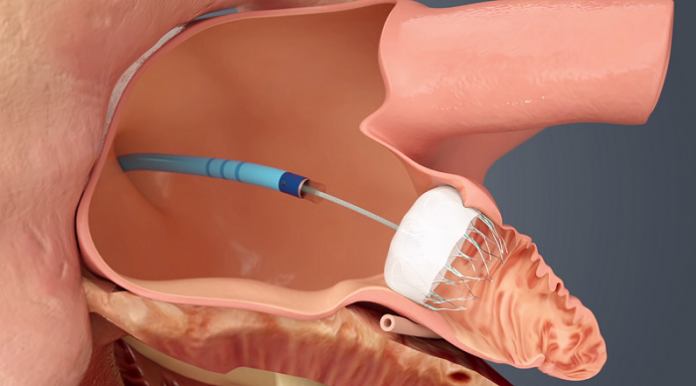 After performing its first procedure in 2017, the hospital said it is one of only two facilities in northern New Jersey to hit the milestone for the Left Atrial Appendage Closure Device implants, an alternative to the lifelong use of blood thinners for people with AFib not caused by a heart valve problem, also known as nonvalvular AFib.

“Hitting this milestone is an incredible accomplishment for our cardiology team,” Dr. David Dobesh, an RWJBarnabas Medical Group cardiac electrophysiologist, stated. “It’s a testament to the high level of expertise offered by our imaging and implanting cardiologists, and demonstrates the outstanding outcomes and improved quality of life they have been able to achieve for patients with atrial fibrillation.”

An estimated 7 million Americans are believed to be affected by AFib, a condition that affects the heart’s ability to pump blood normally, causing blood to pool in an area of the heart called the left atrial appendage, where a blood clot may form. When a blood clot escapes from the LAA and travels to another part of the body, it can cut off the blood supply to the brain, causing a stroke. People with AFib have a five times greater risk of stroke than those with normal heart rhythms.

The WATCHMAN implant fits into the LAA and is designed to permanently close it off and keep harmful blood clots from entering the bloodstream and potentially causing a stroke or embolism. By closing off the LAA, the risk of stroke is reduced, and six weeks after the procedure, patients stop taking their blood thinner for AFib, leading to less risk of bruising, bleeding and anemia.

The WATCHMAN technology has been implanted in more than 200,000 patients worldwide and is done in a one-time procedure. It’s a permanent device that doesn’t have to be replaced and can’t be seen outside the body. The procedure is done while the patient is asleep with anesthesia and takes about an hour. Patients commonly stay in the hospital overnight and leave the next day.