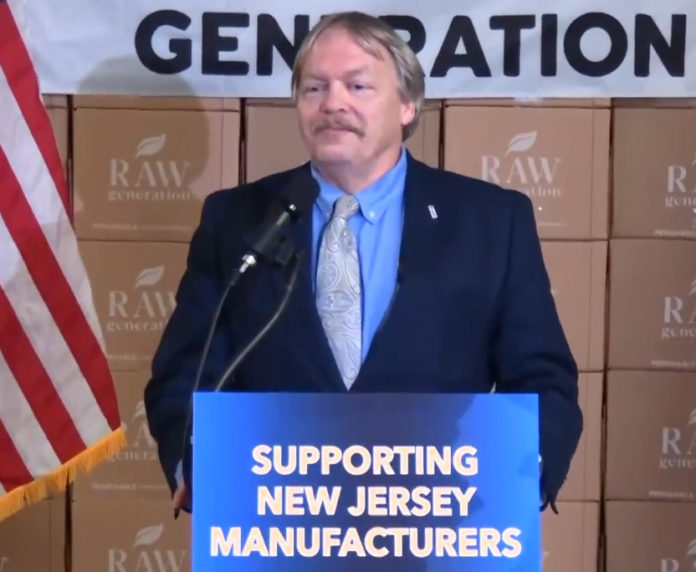 You can call the state’s $20 million manufacturing voucher program a unique way to get direct dollars into the hands of companies in a sector that appears to be on the cusp of exploding in the state again.

You also can call it this: a win for the home team.

The grants can be for as much as $250,000. And they can be used for a wide variety of items and needs, including offsetting the costs of capital improvements, including equipment, robotics, automation — all the things that will help companies compete moving forward.

New Jersey companies, that is.

This is not a program that aims to attract outside companies to set up shop here — it’s one that helps those who already have.

“This is for the home team,” Sullivan said. “There’s no two ways about it. This is for supporting folks who have fought and stayed and want to grow here, but are facing real challenges.

“Supply chain problems hurt, inflation hurts, energy prices hurt — we know that. These folks, by and large, want to stay and want to grow. They have growing business models, but need a little bit of help to modernize their equipment, make some capital improvements, get ready for things like the offshore wind procurement opportunities that are going to come.”

The concept has been on the wish list of Kennedy for years.

“This is a good offset to increasing costs,” he said. “And, most importantly, it gives support to New Jersey-based companies. It’s not asking for somebody to come in.”

Now it’s time for MEP to do its part, Kennedy said.

The organization intends to work with the EDA to get up to speed on all the intricacies of the program.

“I’d like to have some of our team trained up on what it’s all about, so that we can bring the message to manufacturers — and be able to walk them through the process, if it seems like it’s too much,” Kennedy said.

Kennedy said he anticipates having the same type of relationship the MEP has with the Department of Labor & Workforce Development, which has helped promote and implement various apprenticeship programs.

Sullivan said he’s all for it. He said the program is a direct result of the asks of the sector — and he’s determined to have it roll out as seamlessly as possible.

A look at the program

The manufacturing voucher program will focus on New Jersey manufacturers within targeted industries that will purchase equipment to integrate advanced or innovative technologies, processes and materials to improve the manufacturing of their products. The MVP will offer grants valued at 30-50% of the cost of eligible equipment, including installation, up to a maximum award amount of $250,000.

“Manufacturers play a critical role in the supply chain, creating the products people rely on here in New Jersey and around the world,” Gov. Phil Murphy said. “By facilitating the purchase of equipment manufacturers need, this program will help these businesses become more efficient, productive and profitable. Supporting our manufacturers will promote economic development and ultimately benefit our state’s broader business community as a whole.”

“We have had countless interactions with manufacturers over the years, and they always said: ‘We don’t need a big tax credit; we need some help — and that help needs to be in the form of money,” he said.

“We don’t need a ton; we just need a little. Enough to help us compete and stay and grow.”

The voucher program does just that, Sullivan said.

“This is the first time, certainly in my time and I think going further back, where there was a specific large-caliber manufacturing tool to support the sector,” he said.

Sullivan sees the program as part of the bigger-picture aims of the EDA.

“The EDA used to have a couple of very large programs; now we have a really diversified toolkit, where we’ve got specialized tools to help lots of different sectors,” he said. “We’ve film production programs, clean energy programs, small business programs, economic security and child care programs. The variety is pretty cool.”

When it starts still has not been set, although Sullivan said the hope is for it to launch by the end of the year.

How long it will last — and what happens if the program is oversubscribed — is not clear, either. But Sullivan views both situations in a positive way.

“This program comes from money appropriated in the budget, so it will be up to us to work with the Legislature,” he said. “I can’t say for sure what will happen moving forward, but, historically, it’s been a long time since we’ve had to say no to someone because we ran out of money.”

Historically, it’s been a long time since the always-cautious Kennedy has been this optimistic.

“I’m excited,” he said. “To be able to get up to $250,000 for things that going to increase your productivity and increase your high technical staff needs, it’s really good. That’s really money.