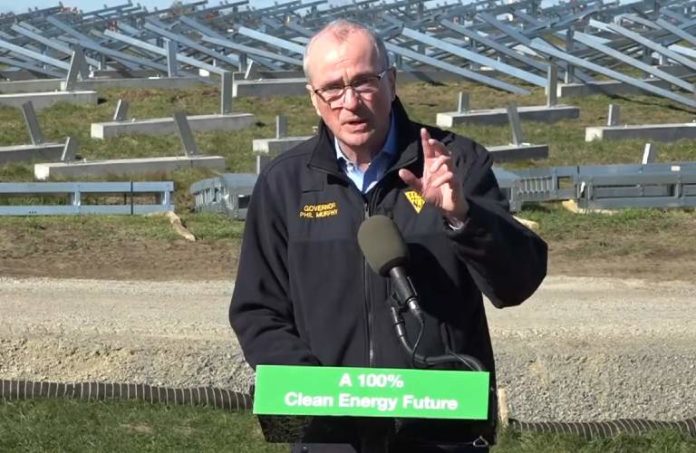 Gov. Phil Murphy repeatedly has talked about his desire to move the state to a clean energy environment, setting challenging goals while doing so.

But, for all the governor has done, more than 50 environmental, labor and health advocates across New Jersey said his actions don’t match his words. They said the governor (and the Legislature) has diverted more than $500 million that is intended for the state’s Clean Energy Fund — a fund that was established to help the state transition to clean, renewable energy sources.

“Protecting the Clean Energy Fund in the upcoming state budget is critical to expand a wide range of programs to reduce air pollution, develop clean and renewable sources of energy, lower rates and create good, family sustaining jobs,” they wrote in a letter that was sent to the governor this week.

Utility customers support New Jersey’s Clean Energy Fund through surcharges on their monthly bills. The funds are intended to support ratepayers by reducing air pollution and the state’s fossil fuel reliance as it shifts to renewable energy.

The group, however, says the Murphy administration has raided the Clean Energy Fund to the tune of nearly to $500 million over the past four budgets to support budget spending. That includes $82.5 million of the $344 million that the fund should have received in the state budget that took effect July 1.

A spokesperson for the administration said it would have no comment.

The group said Murphy is the third New Jersey governor to engage in this practice — and that the state Legislature historically has not restored funds. The group said the process started under Gov. Jon Corzine and steeply escalated during Gov. Chris Christie’s eight years in office, as he diverted more than $1.5 billion.

“If there was ever a year to stop raiding the Clean Energy Fund, this was it,” she said. “There is no good reason to continue these raids, especially when the state had record revenue collections and a $6 billion surplus.”

“The future of New Jersey depends on new and exciting investments in clean energy. We need this money, combined with federal funds, to modernize our state and invest in our future.”

The group, in the letter, said the money taken from the fund this year went toward New Jersey Transit’s operating budget. Opponents said there was only vague language about using some of it to electrify the state’s bus fleet. The letter suggests other ways to support NJ Transit, such as federal funding and creating a dedicated, reliable funding source specifically intended for that purpose.

The group also acknowledge Murphy has taken steps toward climate change. They are asking him to do more in future budgets.

“We appreciate your commitment to action on climate change and clean energy and your recent statements highlighting your clean energy record,” the letter said. “However, your final Fiscal Year 2023 budget continued to rely on diversions from the Clean Energy Fund. Doing so again next year will greatly inhibit the ability of New Jersey to meet our climate goals and generate good, well-paying jobs.”

Murphy has spoken in favor of the fund in the past.

At a news conference with environmental advocates during his first gubernatorial campaign in 2017, Murphy said he supported immediately stopping the raid of the Clean Energy Fund — and that he favored increasing funding for energy efficiency programs, since they provide environmental justice communities “the capacity to access new local jobs and revenue generation in the clean energy economy.”

“The administration recently released its Green Economy Roadmap, and the Clean Energy Fund is a key part of the funding equation to turn the recommendations into reality,” she said. “We’re calling on the governor and Legislature to begin planning now to ensure the Clean Energy Fund as well as other important priorities like transit are fully funded in fiscal year 2024.”