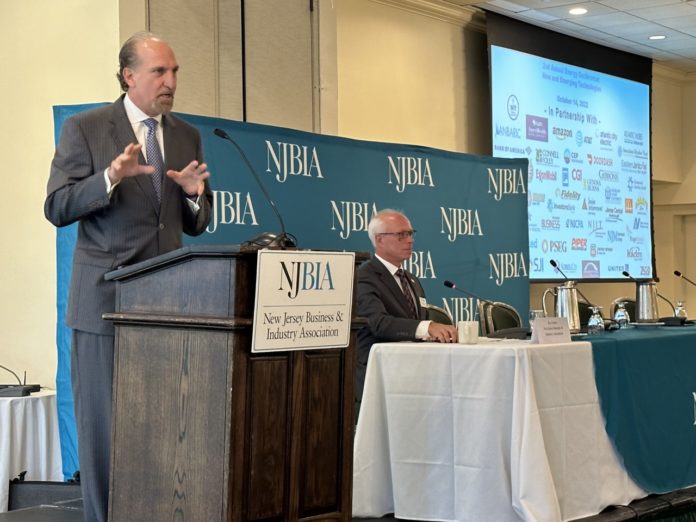 Zenon Christodoulou, the newest commissioner on the New Jersey Board of Public Utilities, only has been on board for two months. He already appears to be getting up to speed.

In a state — and now a world — where energy issues are rapidly developing, Christodoulou said New Jersey needs to be ready for the next challenge.

“In addition to sustainability and affordability, we need to concern ourselves a little bit with availability,” he told the audience last week at the New Jersey Business & Industry Association’s annual energy conference.

In some of his first public comments since joining the board, Christodoulou said the idea that lighting and heating our homes needs only the flip of a switch or turn of a dial — things we took for granted just months ago — can no longer be taken for granted.

“With what’s happening globally, availability is something we need to concern ourselves with,” he said. “We have faced energy shocks in the past, but energy shocks are not a thing of the past.”

He noted energy troubles in France and Germany as worrisome harbingers of the future. He noted the pre-war efforts of Greece — which made new pipeline plans before Russia invaded Ukraine — as an example of preparedness.

Christodoulou said the U.S. needs to stop being reliant on Russia and Saudi Arabia.

“We’re relying on people that we should never be doing business with,” he said. “It makes no sense for us.”

Christodoulou said there are positives, especially in New Jersey — as long as everyone realizes that all groups are going in the same direction.

“I believe that the overarching goals of the environmentalists, the business community and government are actually the same,” he said. “They’re all about the future. Sometimes, we just have different sense of timeframe. Whether it’s the immediate short run, or the very long run.”

That timeframe, Christodoulou said, is accelerating.

“We need to act together, for a multitude of reasons,” he said. “It’s hubris to believe that we won’t face increasing challenges in the future. The stakes are too high, and we must take bold action now.

“The solutions, of course, are not costless. Nothing ever is, we know that. But, if we expect electrons to keep flowing, we must move forward together — and fast. We need to invest in clean, renewable sources of energy that will allow us to transport ourselves from place to place, to heat our buildings, to connect teachers with students, to provide for life-sustaining medical equipment.”

New Jersey, Christodoulou said, is in position to take advantage of the situation.

We must act now, Christodoulou said.

“It won’t be easy,” he said. “Techno-economic paradigm shifts never are. But we have the ability to reshape the future in a way that we haven’t in generations. I encourage all of you to work together with Gov. (Phil) Murphy, with the BPU, with the innovators and business community to provide solutions to our many problems.

“Together, we will solve them. Our children and grandchildren will be proud of what we did. And we will be able to say we made a difference.”