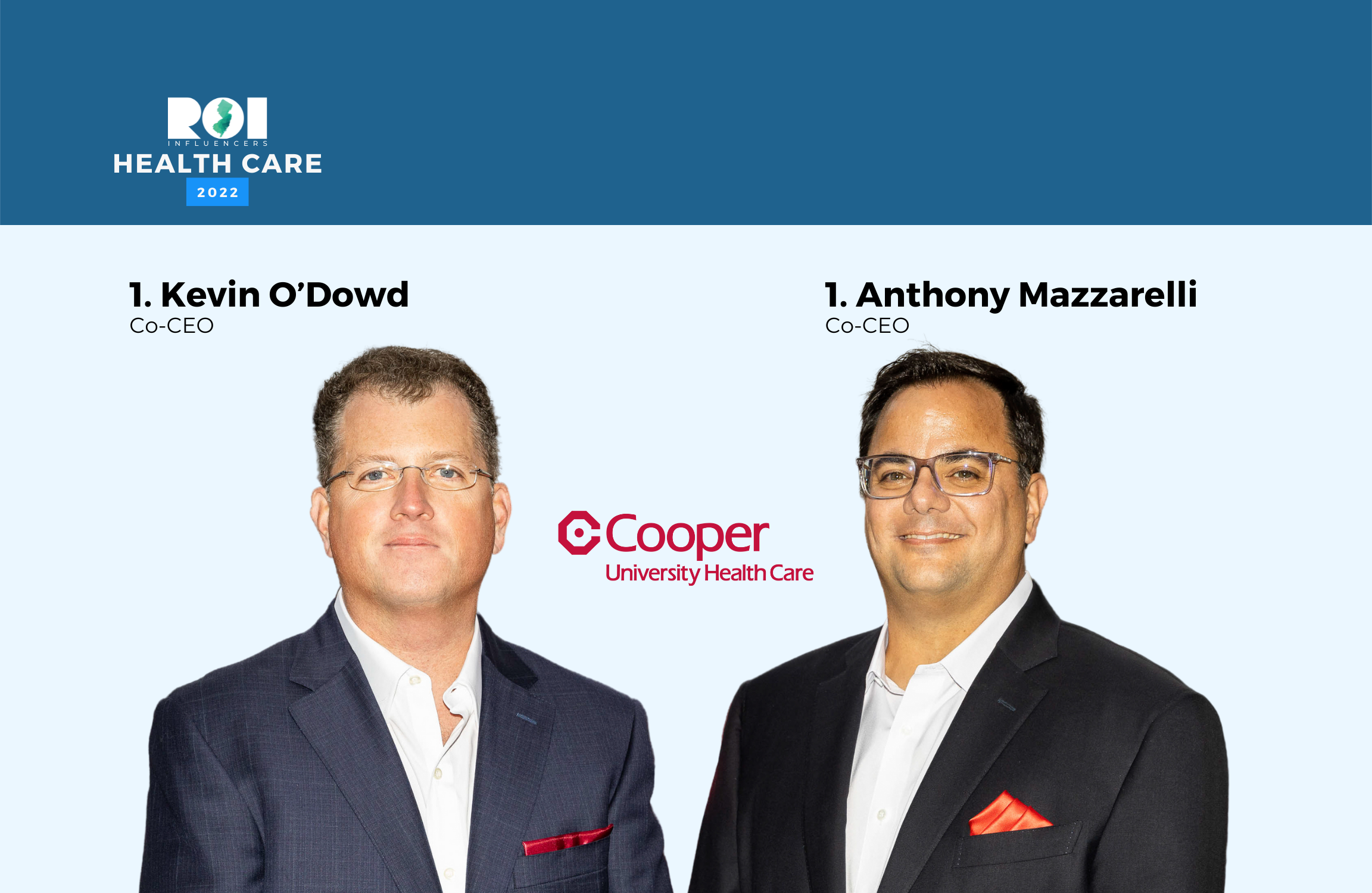 #25 Tanya Freeman#2 Bob Garrett
It’s OK to admit it now: When Kevin O’Dowd (a lawyer) and Anthony Mazzarelli (a physician) took over as the leaders of Cooper University Health Care in 2018, some were a bit skeptical about whether such a tandem leadership model could really work. After all, the co-CEO model — which was formalized a year later — rarely works.
Today, everyone will admit this: The partnership has been a smashing success.
Consider:
Cooper has experienced market-leading volume growth coupled with unprecedented financial success. It has earned national distinction for its quality and innovation, enabling it to attract best-in-class physicians. And it has won numerous accolades for being a best place to work.
It’s no wonder that Cooper now serves patients from all 50 states and nearly 40 countries.
Want more?
Cooper has emerged as an elite academic medical system. The Cooper Medical School of Rowan University, a decade after opening its doors in 2012, has established itself as a major asset for the health system by enhancing its ability to recruit leading physicians from all over the country.
Cooper’s reputation was never more evident than during the pandemic. When Gov. Phil Murphy needed a regional coordinator to lead the COVID-19 response efforts in the southern third of the state, he tapped O’Dowd and his Cooper colleagues.
The trajectory of success appears to only be going in one direction.
Cooper’s longtime chairman, George Norcross, recently announced a $2 billion campus expansion plan for Cooper in the city of Camden, ensuring that the system will continues to serve as the foundational institution for Camden’s ongoing significant revitalization.
For all those reasons and more, O’Dowd and Mazzarelli have been selected for the No. 1 spot in the 2022 ROI Influencers: Health Care list.
While doing so, they are proving that a most unusual of partnerships can lead to unprecedented success.

A look at the No. 1 selection in the ROI Influencers: Health Care rankings.