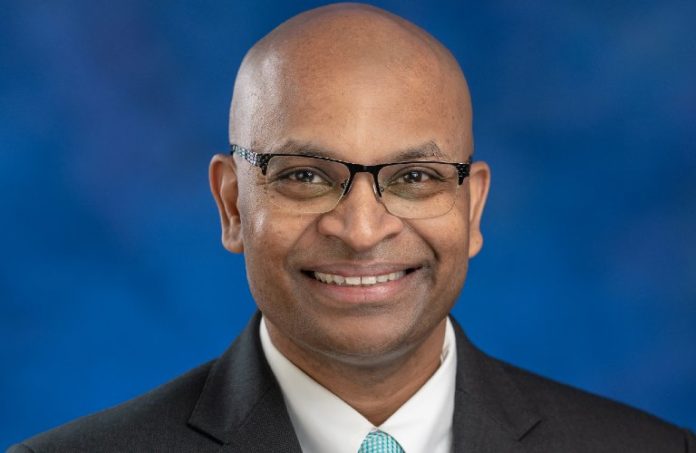 Roles are changing with the seasons at New Jersey’s banks.

Provident Bank created a new position this fall when it brought in Ravi Vakacherla as its first chief digital and innovation officer.

Vakacherla, hired at the start of August, came from another unique role: chief transformation officer at People’s United Bank. He was with that bank for 17 years prior to its acquisition by M&T Bank earlier this year.

ROI-NJ talked to Vakacherla about the role he’ll play at the Jersey City-based bank he’s with now, and the larger landscape for technology leaders in the Garden State’s banking scene.

ROI-NJ: What does this chief digital and innovation officer role look like for a community bank?

Ravi Vakacherla: If you talk to 10 banks, you can probably get 10 different definitions of what the CIO responsibilities might be. But, here, we’re making sure our infrastructure is stable and current and keeping up with the market. We’re also enabling the digitization of the bank as a whole. Our needs are dependent on our customer needs. And those needs are not necessarily driven by what bank they’re using, but how their life is evolving and their expectations. Everyone’s everyday experience is much more digitized, whether it’s ordering online or picking cars based on software features. And digital doesn’t just mean better mobile banking or a better online banking presence, which is more of a traditional way of thinking about it. What it actually represents is more of a key part in both the employee experience and the customer experience. For example, if you increase autonomy at a bank, reducing the number of manual tasks, you improve what I like to call the ‘digital proficiency’ of your employee base. Similarly, from a customer standpoint, you can have better turnaround times with those better technology capabilities.

ROI: Does this new role make Provident unique compared to how other banks might create digitally- or technology-oriented executive roles?

RV: Some might split the position into one digital leader and one on the technology side. But I don’t know how many institutions are taking this route. I will say that defining the role a certain way is only one part of it. A bigger part is the organization’s DNA, whether everybody from the CEO, the rest of the executive team, throughout the rest of the bank, believes in the importance of this kind of innovation. From my standpoint, that’s what makes a real difference, more than how different institutions may be defining the roles. You have to have that DNA.

ROI: What are some of the priorities people might expect to see you take on at Provident?

RV: It has been two months since I arrived here. But, we’re already looking ahead at our priorities in terms of data and digitization of the bank. We’ve already embarked on the first phase of a cloud strategy, during which we decoupled our data center dependencies. We’re going to focus a lot on data as well as fintech partnerships that allow us to help us deliver products and services to customers.

ROI: The sector as a whole really seems to have embraced the idea of partnering with fintech companies. What would you be looking for when it comes to one of these partnerships?

RV: In general, there’s very large fintechs that have been around for a long time — legacy fintechs. And then, there’s the way they come to be used today, and people seem to automatically assume it refers to a startup. In my view, startups have a big role as niche providers. When fintechs first started taking off, there was a lot of discussion about whether banks were going away and fintechs were taking over. A lot of that has calmed down now. Everyone is in acknowledgment that the path ahead is collaboration. These fintechs are mostly focused on very niche product sets, with new ways of solving a specific problem. They bring innovation to the table. The banks still own the distribution and the customer trust. So, we’re interested in bringing that to the table for those focused innovations. If a legacy fintech company or startup has a better digital product or delivery mechanism that helps bring products and services to customers and helps their life journey, then we’ll partner with them. And that happens in different ways, depending on what makes sense.

ROI: When it comes to comparisons with its largest national competitors, community banks often tout that they’re the ones most in touch with their customers. Simply put: Does the use of technology interfere with the ability of local banks to maintain that?

RV: No, I don’t see them as conflicting. I see them as highly complementary. In fact, this whole combined digital and human touch is more useful for people. There are some purely digital experiences that are hard. And all technology, for any customer, is fine until you hit that first point of friction. The question then is, when the customer reaches that point of friction: Is there a human available immediately to address customer needs? And this isn’t like talking about movie streaming. In banking, you’re talking about someone’s money. That has an emotional component, too, when you consider people might be sending or receiving money for something important to them. Even if it’s a loan, that’s an important moment for a customer. So, it’s important to have that human plus digital touch. There has also been so much democratization of technology for an institution that still wants to know a customer by name and not just as a number. While the larger institutions might have larger wallets and the ability to invest more, what’s more important is the intent of technology. And we don’t need to be JPMorgan Chase to be able to serve our customers in this way.

SBA explains how innovators can take advantage of its early stage...