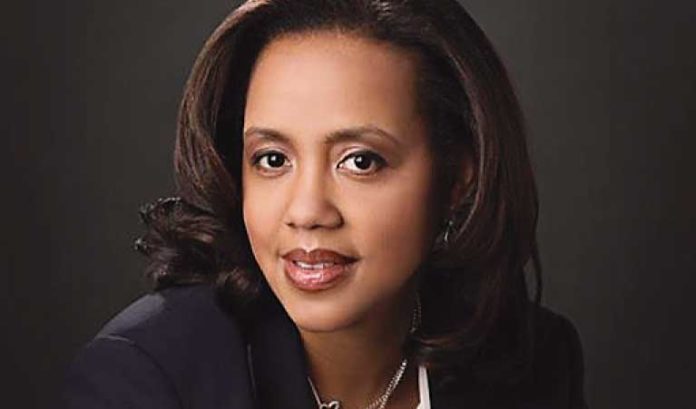 Tanya Freeman laughed at the moment — the big celebration that occurred when University Hospital in Newark received its latest grade on its Leapfrog hospital safety score.

The hospital earned a “C.”

“When I think back to my school days, I think, ‘When would I celebrate a ‘C’?” she asked, and then answered. “Well, when you have an ‘F’ and you raise it to a ‘C,’ you celebrate. And we did.

The first of so many big steps the hospital took while it completed a three-year strategic plan that it launched in 2019 — a plan that was spurred by a monitor’s report that was commissioned by Gov. Phil Murphy. A report that showed a hospital in disarray.

The strategic plan, called a refreshed vision for University Hospital, was rooted in six core pillars, from which grew 106 individual initiatives across 26 objectives.

Guided by it, University Hospital has made drastic advances to improve patient access, safety and care; made measurable advancements in the area of diversity, equity & inclusion; ensured the financial sustainability of the organization; and made major investments in upgrading treatment and diagnostic equipment and information technology.

Improvements that are, in fact, worth celebrating.

Freeman, a partner at Offit Kurman who helped develop the plan and was elevated to board chair shortly after the plan was announced, said she was proud of the effort put forth.

“We had some real challenges — challenges that were resulting in less-than-optimal outcomes,” she said. “What the organization was able to do, especially from a quality, safety and reliability perspective, was heroic.”

To be sure, challenges still exist. But, now, they may be seen as more of opportunities.

The hospital is in the middle of a CEO search, as Shereef Elnahal, who helped implement so many of the changes, recently left to take a job as an undersecretary in the U.S. Department of Veterans Affairs.

The board also is working to get an entirely new campus built, one that could better serve its role as an anchor for a city — and as the principal teaching hospital for Rutgers New Jersey Medical School and Rutgers School of Dental Medicine.

It’s why Freeman, who is taking the lead in both initiatives, was selected for a spot in the Top 25 of the ROI Influencers: Health Care list.

Freeman recently spoke with ROI-NJ about the past, present and future of the facility.

Here’s a bit of the interview, edited for space and clarity.

ROI-NJ: Let’s start with the recently completed strategic plan. How important was that to University Hospital?

Tanya Freeman: The strategic plan came from the monitor’s report. We had six pillars, and we really pulled those pillars apart and created truly measurable goals. I think a lot of organizations go through a strategic planning process in response to a crisis and it becomes this pretty document that you share and then throw on a shelf. No one ever takes it down and does anything with it.

That’s not what the board wanted for UH. And that’s why we’ve had so much success.

Take the Leapfrog grade. I feel confident, with the leadership team that we have in place, that you will see us get to that ‘A’ level, because we have established a high reliability framework, and really built and nurtured a culture of safety.

This is what the organization needed. It’s what the community deserves.

ROI: How do you do change the culture? Obviously, everyone in a hospital wants safety — how do you get there?

TF: It’s process. It’s really recognizing highly reliable behaviors, and cultivating them, so they become part of the organization: The morning safety huddle, the rounding, touching quality on every level of the organization. It comes from the top, with the leadership team saying, ‘We need to do better.’ It’s cultivating those highly reliable behaviors. Shereef had a lot to do with that.

TF: Shereef joined us a month after the strategic plan was launched. And, when I look back on Shereef’s leadership, he was transformational for us. He was an always-leave-my-office type of leader. We handed him the strategic plan and said, ‘Run with it.’ He did.

I’ll use a simple example. One of the areas from a quality perspective that we had suboptimal performance was hand hygiene. Obviously, the importance of infection control through hand washing is significant. We hadn’t scored well. That was something Shereef personally rounded on. He participated in the safety huddles. That makes a difference.

ROI: Speaking of making a difference: Let’s talk about University Hospital in the community. You recently announced the Georgia King Village project, which not only will have 78 affordable rental apartments (that will serve low- and moderate-income households in the Fairmount neighborhood of the West Ward of the city), but it will provide medical and social services on the spot. How much of an impact can that make?

TF: Georgia King Village falls under one of our pillars: Community health improvement and developing community health programs that improve access to care. It’s one of the ways we’re bringing care into the community directly where people need it.

Care doesn’t just need to happen within the walls of the hospital. This idea of supportive housing in Newark is going to allow us to assist in the management of chronic conditions, as well as addressing the social determinants of health, which are two things that the community needs desperately.

We also have a telehealth initiative, which is another way we will be able to provide around-the-clock care outside of the hospital walls.

ROI: Speaking of hospital walls. There is a desire to have a new, more modern facility. Can you give us an update?

TF: We have a partner to build a plan for us for the new campus. And we do have some funding in the budget, but we will need significantly more funding to build it. But, because of our financial sustainability, we’re able to bring and reinvest resources into the hospital now in the current infrastructure.

TF: We’ve infused over $135 million in new capital, which is more capital than was invested in the six years prior to the strategic plan combined. We’re bringing in new equipment and we’re working on improvements to the physical plant as it stands now — including our HVAC system, physical repairs, renovations, bedside equipment upgrades and replacements, diagnostic imaging and surgical equipment.

The building of a new campus is a monumental task. But it’s important to know that we’re making improvements on the infrastructure now, in the space that we’re in now.

ROI: Bring us up to date on the CEO search.

TF: I have 14 fantastic candidates from what has truly been a national search. It’s a diverse pool of candidates: Some current sitting CEOs, some chief operating officers, some chief strategic officers. They are coming from prominent medical schools and are local and regional health care leaders.

This pool of potential candidates for this role is extremely impressive. I really do believe it speaks to where we’ve been able to take the organization.

Mary Maples is serving as our interim CEO, and I am extremely grateful to her. But I’m also excited about the search.

“New Jersey is a special place. And University Hospital is truly
the people’s hospital — an institution that is built from the ground up.
The community will hold me, the board and all the members to task
if the community feels that the hospital is going in the wrong direction.”

ROI: New Jersey and Newark are unique … or is it provincial? However you put it, this is a state and a city where outsiders will have a steep learning curve. How important is it to get someone with New Jersey and/or Newark roots?

TF: New Jersey is a special place. And University Hospital is truly the people’s hospital — an institution that is built from the ground up. The community will hold me, the board and all the members to task if the community feels that the hospital is going in the wrong direction.

ROI: University Hospital, of course, sits in an incredibly diverse city. How important is it for the new hospital to be led by a person of color or a woman — or a woman of color?

ROI: Last question: What is the timeline for a decision?

TF: I can’t give you a timeline, but I can tell you we are well underway. It’s a thoughtful, deliberative process. We will vet all the candidates and we’ll do some initial meetings virtually, when we narrow it down to the cream of the crop. I don’t know what that number looks like. It could be five candidates, it could be three candidates, whatever that number lands on, we’ll bring those people in to tour the campus and then we’ll go from there.

All I can tell you is that we’ve come a long way in a short time — and we’re not going to do anything to slow us down now.