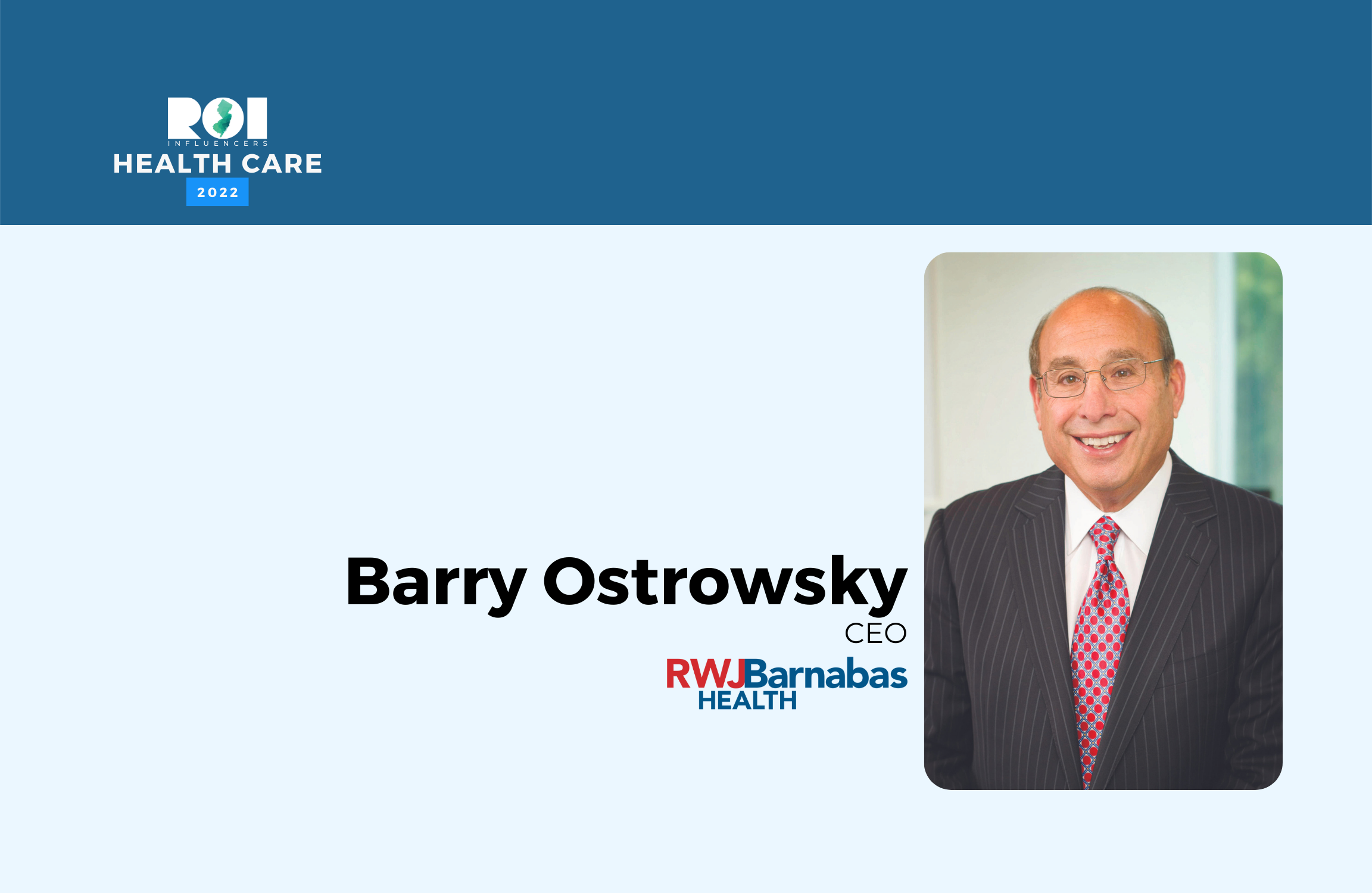 You can talk about how Barry Ostrowsky led one of the two massive health care systems in the state, RWJBarnabas Health, a system for which he was the chief architect.

You can talk about how Ostrowsky led a greater integration between RWJBH and Rutgers University, helping to elevate medical research, innovation and training in the state.

You can talk about how Ostrowsky is a dynamic speaker and leader, a CEO whose class and character would be a welcome addition to any company, anywhere.

But if you asked him, he probably would say he hopes his legacy is one of helping others — especially those from underserved communities.

Whether it was expansions that not only included but often sought out urban hospitals with high emphasis on charity care, talking about the social determinants of health and health equity long before those phrases became fashionable, insisting that females have a greater role (and seat at the table) in all meetings he led, or leading an initiative called “Ending Racism Together,” Ostrowsky has been a leader worthy of the many accolades he was received along the way.

Ostrowsky, always near the top (and sometimes at the top) of numerous ROI Influencers lists, will retire at the end of the year. He will be succeeded by Mark Manigan.

At N.J. Pride Chamber gala, a celebration of success — and...

Verisk’s Shavel will assume the role of president as Anquillare steps...