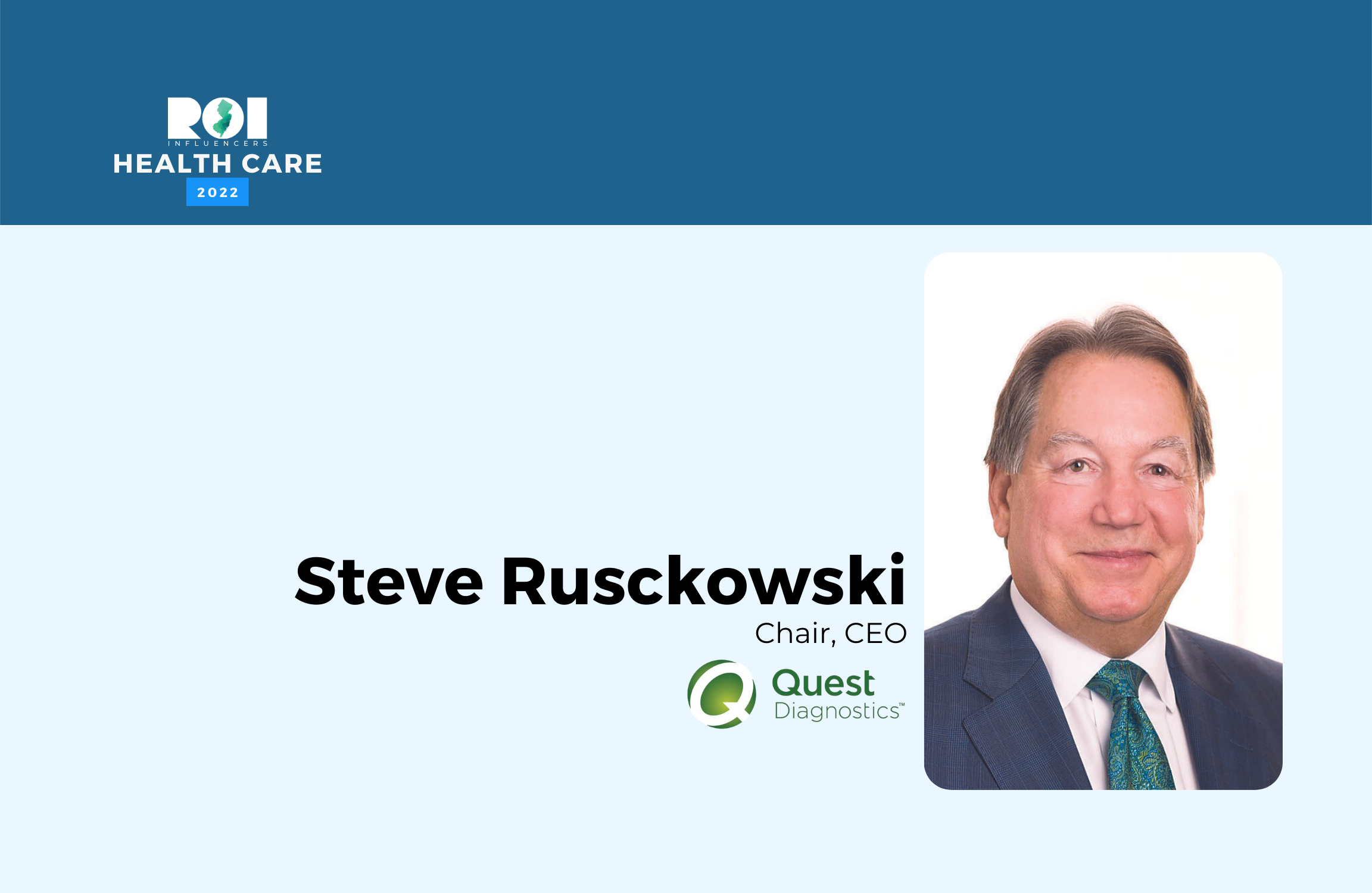 How do you describe the career of Quest Diagnostics CEO Steve Rusckowski, who announced his retirement earlier this year?

But to judge Rusckowski only by Quest’s bottom line doesn’t show the complete picture. The company’s ability to handle an enormous amount of COVID testing — and do so quickly and accurately — assisted in the fight against the pandemic in ways that can’t fully be explained or appreciated.

We’ll describe him this way: Rusckowski was one of the most important, most impactful and most influential CEOs the state has seen in the past decade — in any sector.

Rusckowski, always a top honoree on numerous ROI-NJ Influencers lists, announced his retirement in February. He will step down as CEO at the end of October, but he will remain as the company’s chairman through March 2023. He will be succeeded as CEO by longtime colleague James Davis.