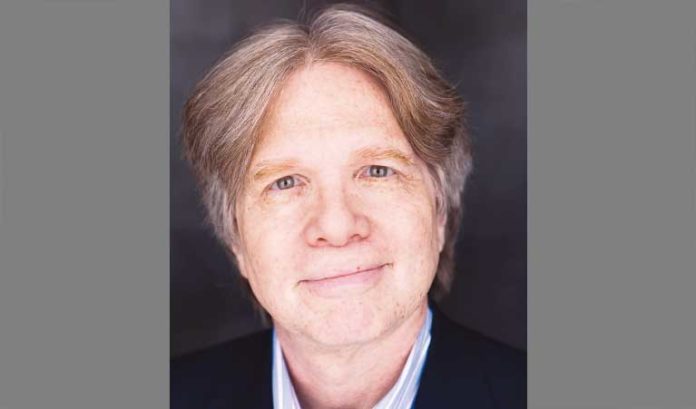 What will happen when blockchain becomes part of every real estate transaction worldwide? There will be no need for title insurance companies, for one thing. That was just one of the conclusions speakers came to during the Leir Research Institute Virtual Conference 2022, hosted by New Jersey Institute of Technology in early September.

The conference, subtitled “Disruptive Technologies, Regulations, Business — Implications in the Real Estate and Property Tech Industry,” was moderated by Michael Ehrlich, director of the Leir Research Institute, at the Martin Tuchman School of Management. It featured several members of the faculty and others speaking about how technology will disrupt real estate financing and construction, as well as energy and environmental management of properties.

The first keynote speaker was David Rose, founder and CEO of US Real Estate Market, a New York-based institutional investment platform specializing in commercial real estate. Rose, known to the New Jersey tech community for his role as an investor in many technologies through the New York Angels, discussed his early days in property technology. As it happens, he comes from a family that owns real estate all over New York City and elsewhere.

As he recalled the early days of his family’s company, he said: “It was primarily a family business, and it had no technology other than physical engineering, reinforced concrete and picks and axes. … Essentially, the business of real estate was largely unchanged until the mid-1970s,” with the advent of the personal computer.

The biggest turning point for proptech, however, was the invention of the spreadsheet.

Speaking of VisiCalc, the first spreadsheet that could be run on an Apple computer, Rose said, “We started using it to do real estate development performance and figuring out the cost of constructing the building and whether it would make sense.”

By 1982, Rose had built out what would be considered a real estate sales office management system.

“You would come in to look at your apartment with a broker, and built into the broker’s desktop was this entire 25-inch monitor. The brokers had Apple IIs, and they were all networked together. And they would show you why it makes sense to buy this apartment and how you could, if you spent a little bit more, buy a bigger apartment,” he said. “You could take a joystick and walk a little person through the floor plan and press a button and see the view.”

Rose gave the audience an overview of all the developments in commercial and residential proptech until today.

“You now have technology in literally every nook and cranny, every corner of the real estate industry. In terms of residential stuff, how you find the home, selling your home, how you deal with the loans and the mortgages. … How do you handle the closings?” he said. “It used to be paper, in person with lots of people. How do you handle the mortgages and the financing? And how do you tie all that together? You’re beginning to see all this stuff move online. We’re just at the tip of that market.”

And, in the commercial real estate industry, there are fewer buildings, but they are big properties, he said. You’re talking about properties worth hundreds of millions of dollars or even billions.

“When you’re talking about big dollars, big institutions, the big players such as investment funds are all in here, and they are finding and selling and buying and transacting. But now you have additional things like managing” both the buildings themselves and the energy challenges. That takes working with sensors, analytics and Big Data, he continued.

The next big thing coming for real estate tech is blockchain, he told the audience. And, in response to a question, he said this is about five to 10 years away. After giving a primer on blockchain for those unfamiliar with it, he began to explain what it could be used for in proptech.

Blockchain will lead to the fractionalization of real estate.

“Imagine,” he said, “instead of having a whole deed and title search and paperwork,” ownership of real estate were “as simple as a digital thing, which can be handled online immediately, in real time. Everybody agrees on it. There is no hunting down things in the basement of Town Hall. You now can buy and sell components, infinitely divisible components of individual properties. You have the ability to create all your contracts, your leases, your purchase agreements automatically on one system.”

He explained that, while the use of blockchain in real estate is years away, according to Gartner Hype Cycles, it will disrupt the current real estate market in a major way.

“Think about what happens when you can integrate literally every single thing about the world’s largest asset class,” Rose said. “Think about what happens when you integrate title, the ownership of something and the equity and who owns it, and the mortgages and who is lending money and getting this as a security. You can integrate the management and ongoing operations, such as leases, and you can use sensors to check your energy utility and tie it into zoning and geographic information systems and building information systems. …

“You’re tying your personal credit and your corporate credit on all of the transactions and records into something that is one giant integrated, real-time available data system for the entire proptech industry.

“And that is going to be breathtaking. … Trust me, it’s coming down the pike.”