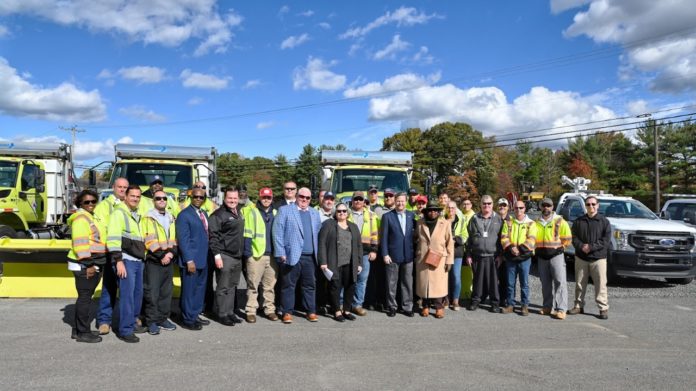 In a move that will bring jobs — and traffic relief — officials announced Wednesday a widening of the Atlantic City Expressway to three lanes from Winslow Township to the Route 42 exit.

The project is intended to help improve safety along a stretch of Route 322, one of New Jersey’s deadliest highways.

“This widening of the A.C. Expressway has been one of top infrastructure priorities for this region,” Norcross said. “We have large and growing populations here, and it makes perfect sense to have three lanes to service local residents and commuters.

“With three lanes instead of two, we’ll be able to keep traffic going even if one lane needs to close for maintenance or roadway incidents, and it will greatly improve the flow of traffic — meaning less congestion and a safer roadway.”

“The South Jersey Transportation Authority’s widening project will truly enhance the patron experience along the Expressway,” he said.

Norcross has championed local infrastructure projects in South Jersey, ranging from improving the conditions of roads and the safety of bridges to replacing lead waterpipes in schools and small businesses. He helped pass the Infrastructure Investment and Jobs Act, which is delivering $13.5 billion in federal infrastructure funding to New Jersey and is projected to create 2 million jobs per year over the next decade nationwide.

It’s all about jobs, he said.

“This project is going to create thousands of good-paying jobs in our region, which will have a powerful economic impact on our economy,” he said.

Warby Parker opening at Shoppes at DePiero Farm in Montvale