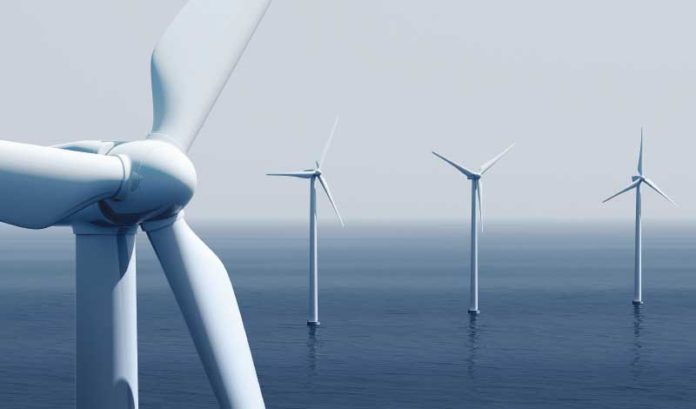 New Jersey made headlines when the Board of Public Utilities asked PJM Interconnection (the region’s grid operator) to incorporate New Jersey’s offshore wind goals into the regional transmission planning process, becoming the first state to use a novel regulatory pathway known as the State Agreement Approach.

The concept has widespread support.

Having one transmission system (which is how the energy from offshore turbines is brought inland) for all projects — rather than having each offshore wind program build its own infrastructure — is much more cost effective. Even more, it not only is expected to help the state more easily meet its clean energy goals, but having a competitive process was expected to spur innovation.

It certainly was a hit with the industry.

Thirteen companies submitted a total of 80 bids for what will be a multibillion-dollar project.

The decision on which company — or companies — is selected is expected to come at the BPU’s regularly scheduled meeting Wednesday in Trenton.

Breaking down some of the bids

Thirteen companies submitted a combined total of 80 bids to the New Jersey Board of Public Utilities in an effort to be awarded the right to create a regional transmission network to meet the state’s offshore wind needs. ROI-NJ did extensive features on four of the companies. A look:

Anbaric: Longtime player in state feels it is only one bringing shovel-ready project to time-sensitive need.

NextEra Energy: National leader in transmission feels its experience is the difference.

Many involved in the bidding process said it would make sense for the state to select multiple bidders for the project, as it would reduce the idea of essentially putting the immediate future of offshore wind in the hands of one company.

But that is all speculation. The BPU has not given any indication as to which way it is heading.

It certainly has options.

Companies with a strong in-state presence (including Public Service Enterprise Group/Ørsted and Anbaric) and large companies looking to greatly expand their in-state presence (NextEra Energy and Atlantic Power Transmission) are among those who submitted bids.

And nearly every company submitting a bid has attached some sort of workforce development project to its effort — a commitment to a program that will ensure jobs for the state. The biggest is from Atlantic Power Transmission, which is backed financially by Blackstone.

Atlantic Power Transmission, in partnership with Morrison Energy, said it intends to create a manufacturing facility in New Jersey that potentially could produce the massive, 200-foot-tall, 5,000-ton jacket foundations that are used to support offshore wind substations.

Whichever company — or companies — is selected, it is expected to get moving on its proposal quickly.

The hope is for the transmission system to be carrying offshore wind energy to the Shore by the end of the decade.

In September, Gov. Phil Murphy reaffirmed his desire to make New Jersey the center of the offshore wind industry on the East Coast when he signed an executive order that increases the state’s goal for megawatts by nearly 50% — from 7,500 in 2035 to 11,000 in 2040.

Wednesday’s announcement will be a big step in the timeline to meeting those goals.