Home Health Care Frazier, leader of the highest regard, to step down as chair of...
Facebook
Twitter
Linkedin 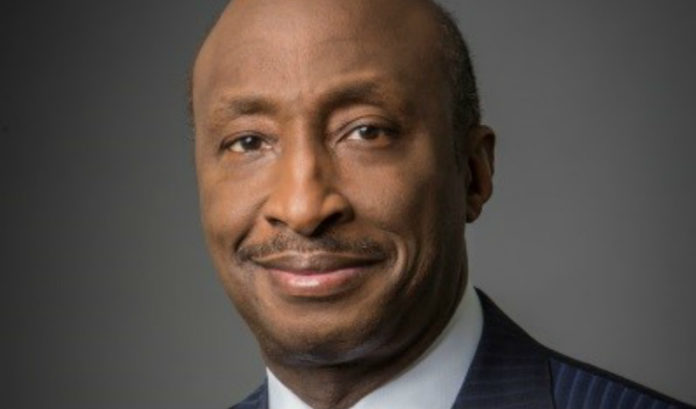 Ken Frazier, the longtime leader of Merck whose abilities transcended the company and the state, announced Thursday that he will be stepping down from his role as chairman of Merck on Nov. 30.

Frazier will be succeeded by Robert Davis, who succeeded him as CEO and president in July 2021.

Frazier, who joined the company in 1992 and held positions of increasing responsibility, including general counsel, before becoming CEO and president in 2011, was as well-known for his work outside of the global pharma giant.

He has been given numerous awards, including being named one of the World’s Greatest Leaders by Fortune magazine in 2019 and one of TIME’s 100 Most Influential People — in 2019 and 2021, respectively.

A leader of the highest regard, Frazier:

He was an outstanding pharma head, too.

Under his leadership, Merck delivered innovative life-saving medicines and vaccines as well as long-term and sustainable value to its multiple stakeholders. Frazier substantially increased Merck’s investment in research, including early research, while refocusing the organization on the launch and growth of key products that provide far-reaching benefits to society.

He also led the formation of philanthropic and humanitarian initiatives that build on Merck’s 130-year legacy.

Thomas Glocer, independent lead director at Merck, had the highest of compliments.

“Ken is a once-in-a-generation leader, and his positive impact on our company and patients everywhere will reverberate for decades,” he said.

“I want to thank Ken for his principled leadership, extraordinary integrity and unwavering commitment to delivering on Merck’s purpose of saving and improving lives around the world.

“For decades, Ken has embodied Merck’s core principles and values, anchored by a singular focus on creating meaningful value for our patients, employees, communities and shareholders.”

Frazier gave credit to his colleagues and coworkers.

“Merck is powered by the talent, passion and commitment of many thousands of people around the world who are united by a common goal: harnessing the power of science to solve the world’s most pressing health challenges,” he said. “It has been a distinct pleasure and privilege to be a part of the Merck team, and I will be forever grateful to my Merck colleagues for their dedicated efforts that have led to the company’s many important achievements.”

He also expressed support for his successor.

“I am also grateful to the Merck board of directors for their expertise and support through the years,” he said. “With Rob Davis as their new chairman, I am confident that the board will continue to help guide the company in a manner that will allow it to succeed competitively and remain committed to its mission.”

As a strong advocate for social justice and economic inclusion, Frazier is the recipient of numerous awards and honors, including the Anti-Defamation League Courage Against Hate Award, the Botwinick Prize in Business Ethics from Columbia Business School, the Legend in Leadership Award from the Yale School of Management, the NAACP Legal Defense and Educational Fund National Equal Justice Award and the National Minority Quality Forum’s Lifetime Achievement Award.

In 2018, Frazier received the Harvard Law School Association Award, the highest honor given by the prestigious association, in recognition of his extraordinary service to the legal profession, Harvard Law School and the public. In 2019, he became the first recipient of the Forbes Lifetime Achievement Award for Healthcare.

In 2021, Columbia Business School honored him with the Deming Cup for Operational Excellence, and his peers named Frazier as Chief Executive magazine’s CEO of the Year.

Frazier received his bachelor’s degree from the Pennsylvania State University and holds a J.D. from Harvard Law School.