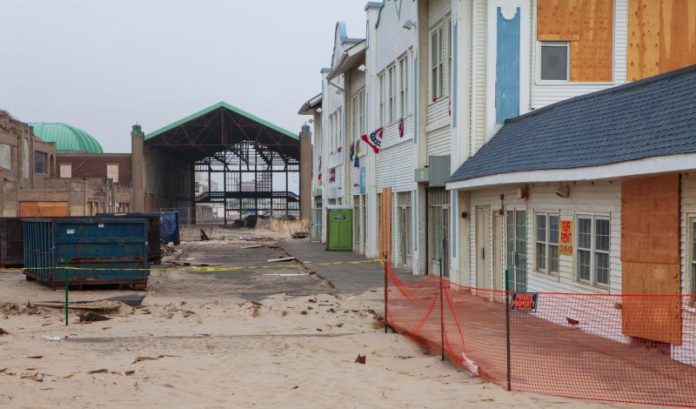 As the 10-year anniversary of Superstorm Sandy approaches (it’s Saturday), a Rutgers-Eagleton Poll shows the vast majority of residents are firm in their beliefs about climate change.

The only thing they disagree about: Who is going to pay for the cost of change?

Ashley Koning, an assistant research professor and director of the Eagleton Center for Public Interest Polling at Rutgers in New Brunswick, said the findings clearly show the view of the state.

“The 10th anniversary of Sandy is a reminder for New Jerseyans of how far the state has progressed when it comes to climate resiliency and preparedness and — as they notice an uptick in extreme weather-related events — how much further it has to go,” she said.

“New Jerseyans believe climate change is happening and even consider it important to their vote in November, but the paradox of the past decade remains: Residents wholeheartedly want to see more climate-related action, but do not want to be personally burdened with the responsibility.”

According to the poll:

Here’s what Jerseyans want to lead their effort to combat climate change:

Marjorie Kaplan and Jeanne Herb, the co-directors of the New Jersey Climate Change Resource Center, said the poll affirms that New Jersey residents understand that climate change affects them now, and they overwhelmingly support state action to keep them out of harm’s way.

It’s just the paying for it part. Not surprisingly, residents feel the wealthiest should pay the most.

But, while 54% of residents preferred to continue funding roads, bridges, and government buildings at the current cost, 39% were willing to pay a little more in taxes to make these structures better able to withstand severe weather events.

Jessica Roman, a research associate at the Eagleton Center, said residents do not want any more bills.

“New Jerseyans are largely supportive of climate resiliency measures, but, unsurprisingly, they don’t want the funding coming out of their own pockets, especially in a time of rising inflation,” she said.

“Aside from the federal government, residents think more of the financial onus should be on larger, more obvious emissions producers like companies using and producing fossil fuels, rather than individual people. And they are dissatisfied with the work these entities are doing thus far in response to changing climate conditions.”

The results are from a statewide poll of 1,002 adults contacted by live interviewers on landlines and cell phones from Oct. 14-Oct. 22. The full sample has a margin of error of +/- 4 percentage points.

3 new food and beverage concepts open their doors at Atkins...