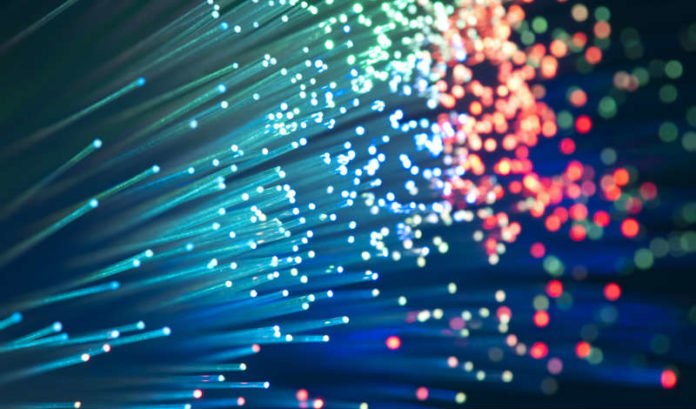 The pandemic didn’t expose the connectivity challenges that residents of Hunterdon County suffer — especially in its most rural areas. Ask anyone who lives there: They’re well-known.

It did, however, push the county into taking action.

Earlier this month, it did just that.

On Oct. 19, the Hunterdon County commissioners approved a contract with New Jersey-certified communications infrastructure company Crown Castle to provide expanded internet connection services for county government facilities, and which can also provide for future expansion of high-speed broadband access availability throughout the county.

Commissioner Director John Lanza said it’s a start — one that comes at the perfect time, as the county’s existing microwave network is at the end of its usefulness.

“The commissioner board directed Hunterdon County staff to identify a replacement to its existing microwave network that had reached the end of its useful life, resulting in the board’s decision to invest in a high-speed fiber optic network,” Lanza said.

“The company’s plan for running 9.65 miles of fiber, as well as adding a small internal cell tower, will strengthen internet service at county facilities, benefiting the public through improved access to county services. The infrastructure improvement represents an initial step as part of a longer-term strategy to expand access to high-speed internet throughout the county.”

The county’s contract with Crown Castle is $145,200 annually for five years, which is just $10,000 more than the $716,652 cost for the present microwave service. Crown Castle’s contract was awarded through the state contract bid program.

Commissioner Shaun Van Doren, a member of the board’s Budget Committee, said the contract is cost-effective in more ways than one.

“Another net benefit of the investment in the fiber optic network is that Crown Castle can market access to the fiber expansion to companies like AT&T, Verizon and T-Mobile, which would pay the county a fee for that service,” he said.

Crown Castle is a leading provider of technology with 25-plus years of experience owning and operating network assets.

With nearly 5,000 employees and 85,000 miles of fiber under management, Crown Castle is utilized and respected by Fortune 500 companies, hospitals, schools and governments across the U.S.

Zach Rich, the commissioner board’s deputy director, said the decision will pay off for years — and for many.

“Rather than just address the county government’s own operational needs, the board is seeking a solution that has great potential for a residual public benefit.  Businesses and residents may be able to access the internet through new providers who take advantage of the new fiber optic lines.”

Commissioner Susan Soloway, the board’s liaison to the Department of Public Safety, said public safety will benefit, too.

“One of the challenges of the county’s existing microwave network is that it is vulnerable to weather fade during rain and snow events,” she said. “As liaison to the Department of Public Safety, I am proud to support the contract approval because the board is advised it will enhance the Communication Center’s E911 critical infrastructure and create a nearly 100% guaranteed uptime network.”