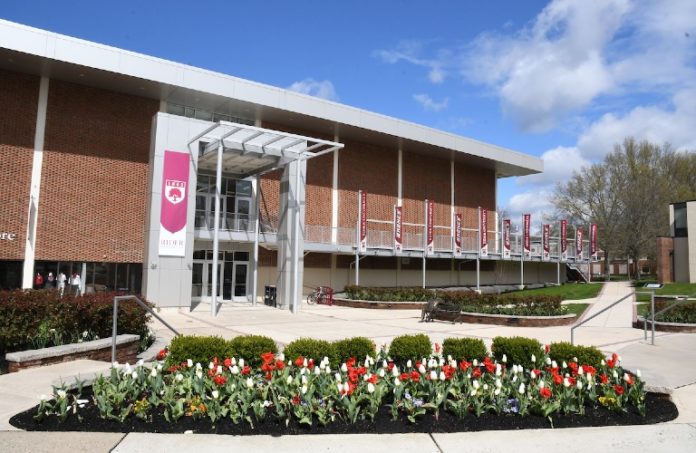 The campaign, which began in 2018, is the largest fundraising effort in the 157-year history of the school, which is in Lawrenceville.

Rider University allows students to embrace their passions through more than 100 programs in business, the arts, sciences, education and liberal arts. Through the university’s Engaged Learning Program, students participate in destiny-shaping, real-world experiences, preparing them to enter successful careers and become leaders in their fields. Established more than a century and a half ago, the university has progressed from a single classroom in Trenton to a comprehensive, coeducational university on 280 acres in Lawrenceville. Today, Rider continues to evolve through new academic programs, innovative partnerships and an enhanced living and learning environment.

President Greg Dell’Omo told the homecoming crowd the impact of the campaign will be huge.

“This bold undertaking will indeed provide us with resources to continue to transform the lives of our students,” he said. “I couldn’t be happier to be celebrating this news with all of you who, like us, believe in Rider. We ask you to join us on this historic journey by supporting the campaign at any level.”

The good news: The school is close to its stated goal.

Rider has raised more than $76 million toward its overall goal, with 37 new endowed scholarships. During this quiet phase, Rider received several of its largest gifts to date for scholarships, business, science, technology and athletics.

The public phase will emphasize community participation by inviting Rider supporters to contribute any amount to the campaign’s three priorities, which include:

To further support the campaign launch, Rider will host its second annual Day of Giving on Thursday, encouraging even more members of the Rider community to come together to make a difference for students now and in the years to come.

So far, more than 14,000 donors have supported Transforming Students — Transforming Lives, including close to 5,500 first-time donors. To date, the campaign has brought in 16 gifts of $1 million or more and raised more than $20 million from the board of trustees.

“We are encouraged by our progress, and we are excited to see so many first-time donors joining our longtime supporters in backing this effort,” she said.

Rider alumni have driven the leadership phase of the campaign, inspiring their peers with their generosity:

Lynch made one of the earliest gifts to the campaign, for $5.5 million. In doing so, he surprised his fellow alumnus Joseph Adler, Classes of 1975 and 1990, by requesting that Adler’s name be included when North Hall was renamed in recognition of Lynch’s gift. Lynch Adler Hall now stands as a tribute to the pair’s longtime friendship.

Lynch is chairman of the board of TE Connectivity, a leading provider of connectivity and sensor solutions. Mazzotti is the retired executive director of Philadelphia Futures, a nonprofit organization that serves low-income, first-generation-to-college students, and Rue is an owner and the chairman of Rue Insurance in Hamilton.

“As a longtime supporter of Rider, I am honored to be a part of this next stage in the university’s story,” Lynch said. “Our campaign was well underway when the pandemic struck, but, like many private institutions of higher education, Rider was hard hit by the impact of COVID. As the university is restoring its financial stability over multiple years, the Transforming Students — Transforming Lives campaign is needed now more than ever.”

Prior to this, Rider hosted only one other fundraising campaign. That effort, “Preparing for Success,” concluded in 2003, raising $55 million.

Princeton to remove Wilson’s name from renowned School of Public and...