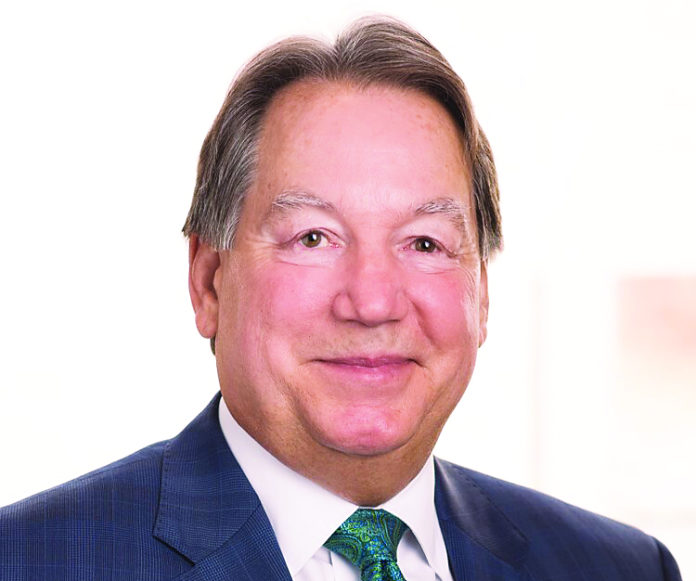 Steve Rusckowski steps down as CEO of Quest Diagnostics on Tuesday, retiring after more than 10 years in a role that helped make him one of the state’s most effective and impactful executives.

And, while Rusckowski is credited for transforming Quest from a laboratory company that was not growing to the leader in diagnostic information services with record revenues, he forever will be known for leading the company through a once-in-a-century pandemic.

Quest’s record $10.8 billion in earnings in 2021 were due in part to its efforts involving the COVID-19 pandemic, but they did not come easily.

Rusckowski, who recently spoke with ROI-NJ, recalled many of the issues the company faced in its efforts to ramp up COVID testing.

The first tests required a long nasal swab — and had to be administered by a clinician, he said. The swabs needed were produced in Northern Italy (one of the first areas outside of China to shut down) and they couldn’t be administered without personal protective equipment (which Quest did not have enough of).

The company, of course, rebounded, becoming one of the heroes of the pandemic. A fact that makes it easier for Rusckowski to step away. (He will serve as chairman until the end of the first quarter in 2023, working to ensure a smooth transition to his successor, Jim Davis.)

“It feels like the right time,” he said. “It’s been ten-and-a-half years, I’ve got an excellent successor, the business is doing well and there are a lot of opportunities ahead. So, it’s probably a good time to move on to the next chapter of my life.”

Rusckowski revitalized the company by prioritizing the company’s advanced diagnostics and consumer testing segments while building out its relationships with insurers and health care providers. Since taking over the top spot in 2012, he made 41 acquisitions.

The company’s growth hasn’t always about size or revenue.

Rusckowski also has prioritized creating a more inclusive culture. The company’s board is now 50% women. And, during the pandemic, he led the launch of Quest for Health Equity, a $100 million commitment to reduce health disparities among the underserved in the U.S., particularly in communities of color.

Davis, who joined the company in 2013, is ready to step into the role. Since 2017, he has been an executive vice president for general diagnostics — a part of the business that accounted for more than 80% of the company’s revenues in 2021. It also oversees 75% of the employee base.

Rusckowski said his future plans start with taking a break.

“I’ll remain the chair for the remainder of this year and into the first quarter of ’23, but, I can tell you, I’ve been working for 43 years, so I want to flex back on the personal side,” he said. “I’ve got a substantial bucket list. I’ve got a beautiful family that I want to spend more time with. And I’ve got a lot of hobbies that I’m not nearly as good at as I want to be.

“I want to spend time personally doing things that I haven’t been able to do.”

Rusckowski isn’t shutting the door on the industry completely.

“I’m having conversations around things I could do professionally,” he said. “It would be a shame to waste 43 years of experience and not apply that and continue to make a contribution. And I will do that.

“Initially, I want to get through with my work here at Quest and enjoy some of the flexibility I haven’t been able to enjoy in my personal life.

“Eventually, I’ll get into an something that will keep me intellectually and personally active in my professional life. But I’m not rushing into that.”

Murphy on outdoor masking: It’s not about politics — it’s about...