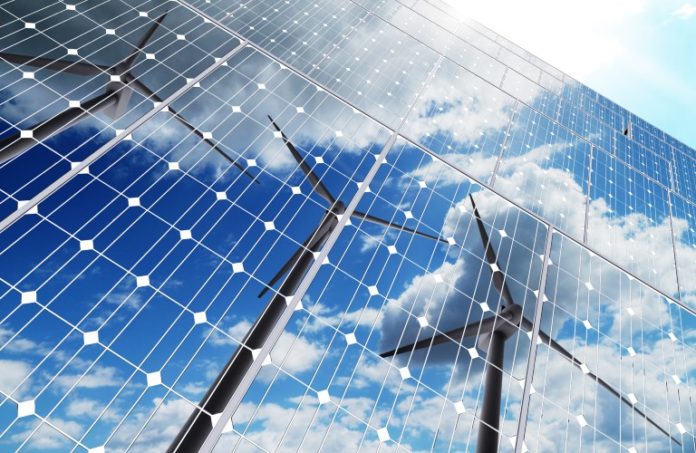 Atlantic City Electric on Tuesday said it filed a proposal with the New Jersey Board of Public Utilities that consisted of a portfolio of projects to expand on the company’s support of New Jersey’s clean energy and climate goals.

In its proposal, Powering the Future, the company outlined 80 interrelated projects that are essential to expanding the local energy grid’s ability to support the interconnection of more solar and other clean energy technologies, improve system reliability and leverage more modern technologies to help make the grid stronger and more resilient against increasingly impactful storms.

“We are leading the energy transformation across South Jersey, and these 80 projects are central to that effort,” Tamla Olivier, senior vice president and chief operating officer of Pepco Holdings, which includes Atlantic City Electric, said. “Powering the Future will broaden the ability for customers to interconnect their solar with the local energy grid while fortifying the grid and addressing specific pockets in our communities where the reliability of service is not meeting our expectations. This work is essential, and we will execute it while keeping bills as low as possible and helping every customer meet their energy needs.”

Powering the Future will support economic development and job creation in the local clean energy economy and is expected to sustain more than 600 full-time jobs within Atlantic City Electric’s workforce, as well as its contractors and suppliers. In addition, it is expected to create opportunities for graduates of the company’s South Jersey Utility Training Program and the Atlantic City Infrastructure Program. Atlantic City Electric supports the state’s focus on social equity and the Energy Master Plan’s goals of ensuring the benefits and opportunities of the state’s clean energy economy reach all communities it serves, including underresourced communities.

“Atlantic City Electric is proposing smart investments for a clean energy future. This innovative plan will help to modernize the grid in the South Jersey region, enable more distributed energy resources to connect to the grid in ACE’s service territory, and open more circuits for both solar and storage projects,” Scott Elias, director of state affairs, mid-Atlantic, at the Solar Energy Industries Association, said. “If New Jersey is to meet its ambitious goal of 100% clean energy in the not-too-distant future, we need comprehensive strategies like this one to get the state there.”

Powering the Future includes five specific categories of projects. These include:

“We appreciate Atlantic City Electric’s efforts to create career opportunities for local residents and to support sustained economic growth through workforce development initiatives, reliability improvement projects and community investment,” Jerry Keenan, president of the NJ Alliance for Action, said. “Powering the Future is another step toward advancing South Jersey’s energy infrastructure while also aligning with our efforts to improve the state’s economy, environment and quality of life.”

Based on the company’s proposal to the BPU, Atlantic City Electric would begin executing Power the Future in mid-2023. To recover costs for Powering the Future, gradual rate changes would occur over four years between 2023 and 2027, pending approval from the BPU. Based on the company’s request, the total monthly bill for a typical residential customer using 680 kilowatt hours would increase by $5.01, or 3.55%, over the four-year period.