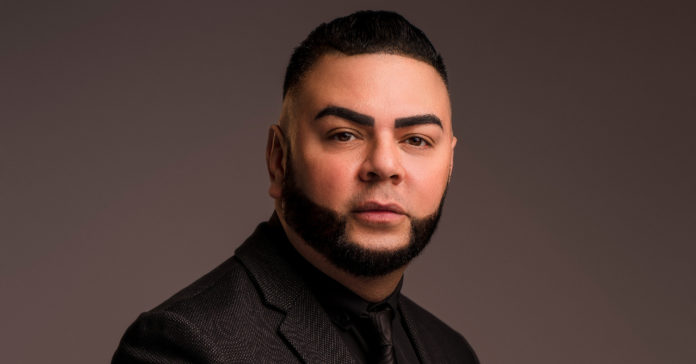 Spending about 15 years working for the same utility company provided a comfy income for Moises Luque, which made him feel good about a decision to move his family to New Jersey. A few months into the pandemic, he lost his job. And there was nothing comfortable about it.

Luque was done with being comfortable, anyways. His next move was to cash out his pension to buy trucks and build his own transportation company from the ground up. Now he’s all-in on making a name for himself as a leader in the state’s green economy.

Luque doesn’t expect growing his company, Supreme Green Team, to be easy. And he might not be interested in it if it were.

About a year after the pandemic brought an abrupt end to his utility career, the New Jersey Economic Development Authority awarded Luque’s new business a grant that allowed it to purchase zero-emission commercial vehicles as part of the New Jersey Zero Emission Incentive Program.

“That completely changed the vision for my business,” Luque said. “I went from being a regular dirty diesel company to pivoting into a sustainable transportation company.”

The company has the vehicles — three of six all-electric trucks Luque ordered — and is already offering transportation services in New Jersey. But to make its operation more viable, his business is having to take a pit stop.

Early on, Luque came to recognize that there are not near enough charging stations along New Jersey thoroughfares for medium- and heavy-duty vehicles.

“So, what we want to build is charging station infrastructure, using 100% renewable energy, in New Jersey and beyond,” he said. “We want to use solar panels and battery storage so that we don’t have to depend on utilities having the capacity to supply the energy demand for these charging sites.”

The chargers that could keep trucks moving — categorized as class 3 chargers, a step above the type charging an EV in someone’s garage — require high voltages. And they come with a high price tag. Besides the cost of purchasing or leasing the land, Luque said an individual charging unit can be $30,000-plus.

It’s not an inexpensive business to be in, generally, Luque will add. An electric freight truck runs at about $400,000.

“And that’s just one truck,” he said. “You just lost 90% of entrepreneurs if you’re telling them they have to come out of pocket with that much money.”

That’s where Luque appreciates the NJEDA’s grant program and the way it allowed his business to transition.

He’s hoping to see local governments do even more to help sustainability-oriented businesses get up and running. Because access to capital, despite the enthusiasm about environmental goals in the state, is a major road bump, he said.

That’s something he mentioned at a presentation by the New Jersey Council on the Green Economy, which has first lady Tammy Murphy as an honorary chair.

“I told them, ‘Everyone talks like it’s easy. Go green,’” he said. “They just don’t always understand what actually goes into being green, or building a sustainable company. It’s insanely expensive, especially for a minority-owned business like myself.”

Minority representation among businesses in the green sector? Close to zero, Luque said. He’s often the only Hispanic person in the room during sustainable business meetups.

Luque has targeted the Newark area for a large fleet charging hub, partly because he wants to provide a career path to that area’s diverse community. He added that he wants to be part of the solution to Newark’s youth suffering asthma and respiratory issues at a higher rate by helping curb pollution — given that 43% of emissions are attributed to transportation.

“Not too shabby for a small business,” he said.

The goal is to do even more, as more New Jersey businesses sign on to have his green fleet haul goods during the peak season. There’s a business argument for it, Luque said, in the tax credits businesses get for using the eco-friendly fleets.

Down the road, he sees the potential for having business owners charging their own electric heavy-duty vehicles at charging hubs he’s building; add to that a fleet of electric-powered vans; maybe even a publicly traded status.

“I know it’s going to happen,” he said. “It’s going to be innovative, and also very ambitious — but doable.”