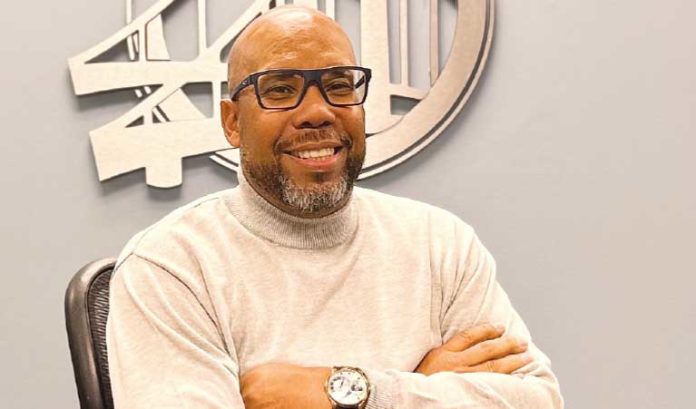 After more than two decades in the private business sector — helping companies with their information technology needs during the computer boom — Gerald Whitaker decided it was time to follow his true passion: helping people, with purpose.

That’s why Whitaker and his wife, Cheryl Whitaker, opened Christ Church Newark in 2009, promoting it as an independent, nondenominational Bible-believing church comprised of people from diverse racial, cultural and ethnic backgrounds.

Through the church’s activities in the community, Whitaker said he learned the two biggest issues in the city: public safety and jobs. He said he also learned the issues were tied together.

“I found that they were not mutually exclusive,” he said. “I realized you can’t have one without the other.”

With that in mind, Whitaker opened Bridge Builders Newark LLC, a minority-owned construction company, in 2014. Whitaker said he felt the general contracting work would be something the unemployed people he saw in the neighborhood could take to.

He was right. In fewer than 10 years, Bridge Builders grew to a company with more than two dozen employees and more than $1.5 million in revenue.

Whitaker was thrilled to be providing jobs. He estimates that many of his employees struggled to find work previously in light of criminal records in their past.

But, in order to keep growing, he knew Bridge Builders would need something to help it take the next step.

The Equitable Small Business Initiative (ESBI), a program sponsored by the African American Chamber of Commerce of New Jersey and New Jersey Community Capital that was supported heavily with a $2.5 million contribution from Wells Fargo, helped him do just that.

NJCC, working with the African American Chamber of Commerce, launched the Equitable Small Business Initiative in February 2021. The initiative — the first of its kind between a chamber and a CDFI — aimed its focus on Black-owned small businesses, many of which had been hurt by the pandemic.

Under the initiative, the chamber would help identify businesses and do the early intake applications, and the NJCC would work to process the loan.

John Harmon, the founder and CEO of the African American Chamber, said the initiative is an example of numerous groups coming together for a common purpose — which benefits the state.

“Every day, the African American Chamber is leveraging strategic partnerships to help members execute their business model while contributing to the state’s competitiveness.”

Like all initiatives, it needed funding to get going. That’s where Wells Fargo and others stepped up.

Wanda Saez, senior vice president, social impact and community relations for New Jersey at Wells Fargo, said the program was just what the bank was looking for.

Wells Fargo, which had pledged to put the millions in fees it earned from processing Paycheck Protection Program loans back into the community, used some of those proceeds to make its $2.5 million contribution toward the initiative. ESBI was funded through the bank’s Open for Business Fund, a roughly $420 million national recovery effort focused on racially diverse small businesses hardest hit by COVID-19.

Saez, who has been with the bank for more than two decades, said she’s never seen an initiative have such direct impact.

“A lot of times, as a corporation, when you give grant money, you know it is going to good use, but you can’t always see the direct impact,” she said. “With ESBI, you can.

“You can see how it has impacted small business — how it has enabled them not only to survive but thrive again.”

Bridge Builders Newark has been slowly diversifying — both in the contracting assistance it provides and the type of projects it works on.

To handle the growth, Whitaker is starting to join up with unions to better train his workers and get parts of bigger projects.

To do this, however, takes money. That’s where ESBI is paying off for him.

Last year, Bridge Builders received a $150,000 line of credit — one that only required him to make interest payments in the first year.

“One of the biggest challenges for a small business is access to capital,” he said. “Especially when it comes to making payroll.

“This loan helped us to maintain current projects that we were on and take on additional projects — and fund them to completion, while we’re waiting to get paid. In the construction industry, you could be waiting 30, up to 60 days to get paid, so working capital is critical.”

These are the stories that Saez loves to hear.

She knows the program has provided that working capital and technical assistance. And the fact that this beacon of hope and help came out of such a tough period is a bonus, she said.

“It’s something that came from the pandemic,” she said. “To be able to turn something out of that experience into a positive is so great.”

And it may just be the start of something bigger.

“Because we were able to make all the payments on time and pay off the loan early, we now have access to a $1.5 million line of credit,” he said. “That could be a game-changer.”

Learn more about programs to help your small business at: wellsfargo.com/biz/wells-fargo-works/.

Who expands during pandemic? Company with strong board, NJM’s CEO says