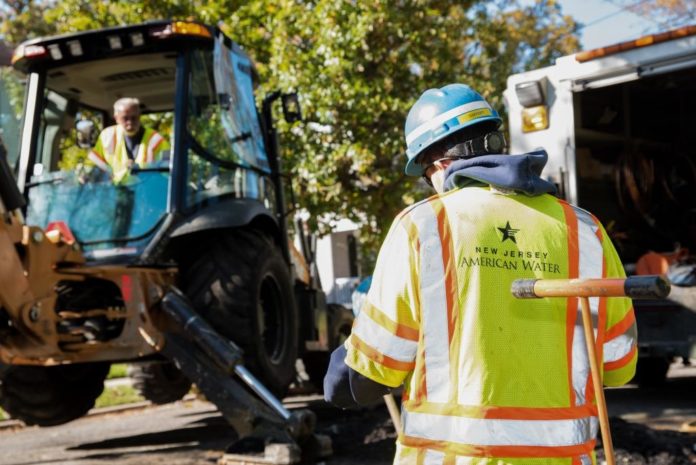 There’s always been a lot that goes into the process that ends with water coming out of a home’s faucets. Now, there’s even more contained in that invisible world.

Mark McDonough, president of New Jersey American Water, said a new class of forever chemicals has introduced another layer of complexity to a water utility’s work. Per- and polyfluoroalkyl substances, also known as PFAS, are the chemical among those that gets the most play, he added. But it isn’t the only human-made chemical being found in local water supplies.

And governments are still at the outset of grappling with a suspected cancer-causing group of contaminants that have been part of manufacturing processes since the ’50s.

“Regulations set up around contaminants tend to look at traditional things in water, bacteria and other things that may appear — for example, arsenic is naturally occurring to some degree, at levels well below what would harm people,” McDonough said.

When new contaminants are found, such as PFAS, which have been attributed to chemicals used in a wide range of consumer goods, particularly nonstick cookware, there’s a bit of regulator head-scratching. McDonough said it’s a struggle, even when there’s a known adverse health impact, to determine exactly what an acceptable level of these chemicals should be in water.

“But, we’re taking a very aggressive stance with regards to how to mitigate the existence of those types of emerging contaminants, even ahead of formal regulation,” he added.

Earlier this year, the U.S. Environmental Protection Agency released drinking water health advisories for these chemicals under White House guidance. The agency is also developing regulation for publication by the end of the year, which it anticipates finalizing next year.

New Jersey officials have been active in discovering and formulating cleaning plans. As it stands, McDonough said one of the issues is that states can only regulate these contaminants on a level equally stringent to federal law.

“The good news for things like PFAS is that treatment is relatively straightforward,” he said. “It uses some type of filtering system, generally granulated activated carbon. There can be other things, such as ion exchange, that allow you to remove it from the water. Of course, there’s a cost associated with that.”

It’s not an altogether simple process. McDonough explained that it’s important where you place filtration systems in the cycle of water treatment, because you can also strip out chlorine that’s used as an antibacterial agent.

By and large, these emerging chemicals are found in groundwater due to industrial runoff into aquifers, less often in rivers and lakes. And they come with other challenges in regard to local cleanup.

“As you look across the broader spectrum (of these forever chemicals), the same methodology is not used for each contaminant,” he said. “So, you have to have the technical capabilities and the capital to invest in multiple methodologies often times to eliminate different contaminants.”

One of those additional emerging contaminants is called 1,4-Dioxane. Treatment of this synthetic industrial chemical, found in cosmetic and cleaning products, calls for a sophisticated oxidation process referred to as ozone, McDonough said.

American Water found high levels of this contaminant in the Delaware River near its South Jersey treatment plant, which sends drinking water to customers in Burlington, Camden, Gloucester and Salem counties.

“Thankfully, we were already using the mechanism to treat it at our plant,” he said. “But, obviously, we didn’t want it coming into the water at all, as it was obviously being illegally dumped somewhere in the Delaware River.”

McDonough said the chemical’s presence was traced back to a South Jersey company.

At the same time, the utility is confronting the increased presence of algal toxins. Algae blooms that can make water unsafe, McDonough said, are becoming more common in flowing rivers — not just lakes and other stagnant water — due to climate variations.

The list of daunting developments for a water utility … it goes on.

“Given that, it’s difficult for smaller, isolated water purveyors to be effective,” McDonough said. “One of the things I frequently tell mayors is, ‘This is not your grandparents’ water system. The complexity of how you treat water, and the number of things you have to treat water for, is becoming more and more acute.’”

Christina Farrell, a leader at the statewide association that represents investor-owned utilities, has a full calendar this month, on the eve of the 10-year anniversary of Superstorm Sandy.

Farrell, vice president of the New Jersey Utilities Association, is taking every opportunity to talk with elected officials and others about the steps her organization’s members have taken to mitigate the devastation of another massive hurricane.

Superstorm Sandy’s impact on New Jersey a decade ago has informed investments in the utility space ever since, she said. And some of the work to harden infrastructure and limit utility service interruptions has been tested during the past year’s storms and flooding.

“The utilities have been very proactive, they’ve done a ton of work, and we’ve seen some of the results of that,” she said. “We know that more work needs to be done … but we’re moving in the right direction in regard to storm preparedness, as well as resiliency and communications efforts with customers and local officials during storms.”

Here’s some of the initiatives she’s highlighting: