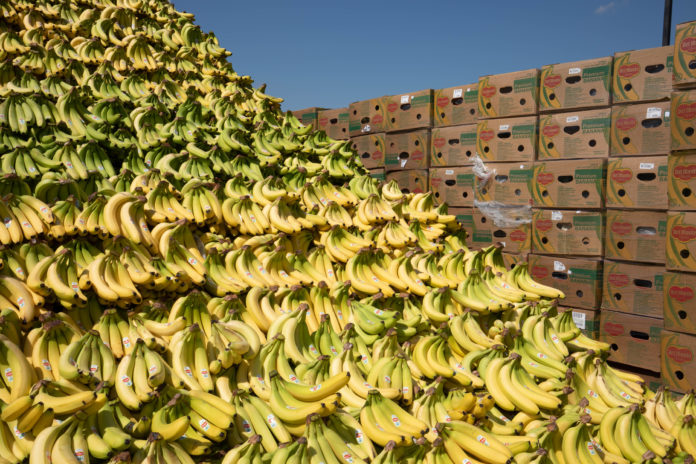 In all of his 20-some years as a public relations professional, Brian M. Lowe had never rolled out of bed to find news helicopters swirling over a planned media event. He had rarely seen hours-early reporters patrolling its outskirts, cars coming to rubber-necked halts and passersby asking so confusedly just what on earth was going on.

Nobody would’ve arrived at the conclusion that, there in a Chicago suburb, a Florham Park-based PR firm was orchestrating the piling up of a large display of bananas — the world’s largest, in fact.

In the process, the local firm, BML Public Relations + Digital, was reintroducing a concept in PR and marketing campaigns that sometimes invited more suspicion than fanfare during the heights of the pandemic: fun.

While Lowe, the firm’s founder, CEO and president, doesn’t expect to be involved in constructing many more historically large fruit displays in the coming years, his and other PR firms see a renewed appeal in staging events and campaigns with fun in mind going forward.

In trying to break into the media landscape for his client, Fresh Del Monte, there were a few layers to peel back of the onion, as Lowe put it. To highlight what Lowe calls a client’s “hero products,” the PR firm wanted to plan an event that was unique, visual and out of the ordinary.

“So, simply, we came up with this idea, in conjunction with our client, to set a Guinness record for the world’s largest fruit display,” he said. “We worked with Jewel-Osco, a regional supermarket chain in Chicago, to orchestrate an event of epic proportions — there’s no other way to put it.”

Securing 215,000 bananas and arranging them into a towering display might have proved to be a logistical challenge for a New Jersey PR firm. So, it hired a local production company that pulled those aspects together. Everything went (mostly) according to plan.

“The hardest part was keeping the whole thing under wraps,” he said. “It was such a large display, and the market was buzzing about it. Normally, from a PR standpoint, if you have something you’re unveiling at 11 a.m., you’re not used to having invited media arrive there hours before.”

But the PR campaign was worth its weight in … fruit.

The display was officially sanctioned by Guinness World Records after meeting all the organization’s criteria, including having witnesses whose job it was to count the fruits, third-party weight-checkers and even health inspectors. The 11-foot-tall display weighed in at a very precise 77,365.9 pounds.

Importantly, for a PR firm, the event generated almost 1,000 total news stories nationally. Counting media impressions — or how often the content is displayed, whether or not it’s actually clicked on or read — the number surpassed 1 billion.

“From a PR standpoint, it’s all about getting as much coverage as you can for a client,” he said. “So, for us, there was a two-prong strategy that involved inviting as much local media as possible by making it unique enough to generate all of their attendance.”

The other half of the strategy was to do as much work to video and photograph the event themselves as possible.

“Because, in our world, on an event day you prepare a long time for, God forbid, you have a major accident or catastrophe somewhere … you won’t be able to get local media on-site,” he said. “Besides having the safety net of shooting it like local media would, we could send it out to news desks across the country, as well.”

Looking ahead, Lowe anticipates his industry will reintegrate more of a jovial spirit into its work. As he explained, people are bombarded with PR and marketing campaigns every day. It should, at least, be fun.

Obviously, there have been times — very recently — when that wasn’t as appropriate.

During the initial waves of COVID-19, Lowe said, the media landscape shifted. The mood was reserved and serious in character; the messaging was all in some way within the orbit of the pandemic. At some point, he suspected it was an overload.

“The pre-COVID levels of fun in brand marketing … brands dialed back from that, concerned that it would be looked at as tone-deaf to customers,” he said. “So, we executed a survey to take the temperature of consumers to find out what in fact they wanted.”

Their survey found that 85% of people wanted a return of some lightheartedness. Lowe said that was for him a strong indicator that consumers noticeably missed brands presenting themselves in a more fun-filled fashion.

There were brands that never stopped positioning themselves in that way, he added, pointing to a fast-food company such as Taco Bell. But a wider array of companies and sectors are either trying it or returning to it since the start of the pandemic.

“Fun, laughter and all that have a physiological impact on us,” he said. “Studies show that fun increases serotonin levels, the chemical that regulates most of our basic processes, such as sleep, memory and mood. Fun is what people migrate toward. So, it’s a very powerful and positive tool that brands can and should harvest to build brand awareness, loyalty and drive engagement.”

There’s no industry too stodgy to take advantage of that, Lowe also believes.

“If you don’t think your organization is capable of fun, we’re always happy to show people how,” he said. “It’s just about creating moments of levity in the world we live in.”

It’s hard to argue with the numbers. A case study BML Public Relations + Digital released after its June event for Fresh Del Monte valued the publicity at about $1,198,164.

And the nearly quarter of a million bananas that went on display?

Count on a PR firm to turn leftovers into good PR.

“We gave away a large percentage of them to local food banks in Northern Illinois,” Lowe said. “So, it made everyone feel really good, too. We were able to help support people with food insecurity.”

Swag and swagger: Young entrepreneur, 26, is quickly building SwagUp into...