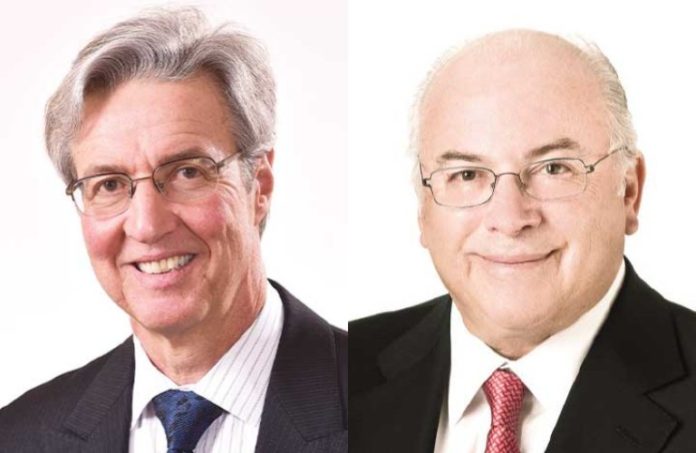 Public Service Enterprise Group Chairman Ralph Izzo, Cushman & Wakefield Executive Vice Chairman Andy Merin and Royal Bank of Canada will be honored Thursday night for their longstanding support of All Stars Project New Jersey, when the nonprofit hosts a grand opening of its new location in Gateway Center in Newark.

Izzo and Merin are being honored for the commitments they and their companies have made to All Stars Project, a national, privately funded nonprofit organization providing award-winning free afterschool development programs for youth in poor and underserved communities.

The Royal Bank of Canada will receive a company honor.

The grand opening will be held in conjunction with ASP’s annual Fall Benefit event, which is being co-chaired by Onyx Equities (which owns Gateway) and Hartz Mountain Industries.

All Stars Project CEO Gabrielle Kurlander said the organization is thrilled to be in a new home.

“The All Stars believes that, if you invest in young people, and partnerships between poor and affluent communities, you are investing in the growth and development of an entire city,” she said. “Newark is having a renaissance and the All Stars is proud to be part of that, bringing vigor, creativity and growth to everyone involved.

“We built the All Stars to be a gateway to a better life for kids, and, now that we are at the Gateway, we know that New Jersey’s kids, our supporters and the city of Newark will be in a stronger position to thrive.”

During Izzo’s tenure as chairman and CEO of PSEG, the company has demonstrated significant support of ASP, above and beyond financial support exceeding $1.6 million.

In partnership with ASP’s Development School for Youth program, PSEG has sponsored 86 paid summer internships and hosted dozens of professional development workshops, activities and events for young people in Newark and Jersey City. PSEG leadership and employees also have contributed thousands of volunteer hours as coaches, workshop leaders, intern supervisors, board of trustee members and more.

Izzo said the honor should go to the company.

“I speak for our entire team, 95% of whom live and work in New Jersey, as well as myself, when I say we are proud to have a strong partnership with the All Stars Project of New Jersey,” he said. “Public Service is core to our organization’s name and our identity. Through partnering with ASP, I have learned firsthand the importance of building connections to communities that have been historically excluded from the mainstream.

“As a result, everyone develops and grows; PSEG diversifies our organization; and new opportunities are opened up for underserved youth. It’s a win for everyone. The new ASP Hub in the Newark Gateway is a move that will benefit not just underserved youth, but local corporations and the renaissance of greater Newark.”

Cushman & Wakefield participates in the All Stars’ Development School for Youth and internship program, where participants ages 16-21 learn to perform as professionals and collaborate with business leaders across the country through development workshops and paid summer internships.

Merin said he cherishes his relationship with the group.

“All Stars Project is a wonderful organization that creates engaging development programs reaching thousands of aspiring young people from the most underserved parts of New Jersey,” he  said. “I have been involved with the All Stars Project for nearly 10 years, and it is such a rewarding experience to see the programs empower young people to be successful in education, the workplace and life.

“I am incredibly honored to be recognized at the Fall Benefit.”

“We are proud to honor Cushman & Wakefield for their generosity, partnership and commitment to giving young people opportunities to learn new performances — from improv exercises to build confidence embarking on new experiences, to mock job interviews, which develop critical skills for becoming strong positive contributors to their communities as adults,” she said.

“We are excited to honor Ralph Izzo for his unwavering support over the years. Together with PSEG, ASP opens doors to valuable new connections for young people and caring adults, which results in youth development, corporate and community development.”

John Thurlow, who serves as a manager director for Royal Bank of Canada and the U.S. chief operating officer at RBC Capital Markets, will accept the award on behalf of the bank.

It is in the main concourse of the Gateway to Newark, where over 70,000 people pass through daily. There, young people can become an integral part of Newark’s transformation, evolving the narrative of Newark and collaboratively addressing the opportunity gap many young people experienced in the past.

John Saraceno, managing principal of Onyx Equities, which owns Gateway, also is a member of the board of All Stars Project New Jersey. Saraceno said Onyx was thrilled to bring ASP into the building.

“ASP is a premier partner in facilitating a true renaissance of Newark,” he said. “Their presence in the Gateway is a beacon to show how public and private partnerships can create transformative, positive change.

“ASP builds bridges and new connections between underserved youth and mainstream leaders, along with social and economic opportunities, and the Gateway is an epicenter where all of these groups share a sense of belonging, purpose and opportunity.”

State of diversity: Annual poll shows there still are divisions among...