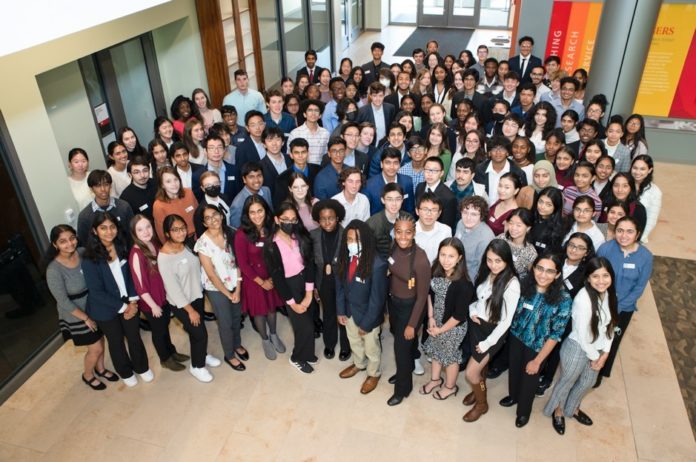 The 2022-23 class will be made up of 128 high school and college STEM students from across the Garden State, the largest class since the program was founded in 2013.

The program, which believes that maintaining a pipeline of talented individuals is critical to maintaining excellence in innovation, was created to counter the state’s brain drain by engaging in next generation of research and innovation leaders in the state’s vast STEM economy early in their lives.

The program also recognizes the importance of diversity and inclusion in STEM fields.

The Scholars come from across the state and represent 20 New Jersey counties. When they graduate in May 2023, they will join an alumni cohort of over 700 students.

“New Jersey has always been at the center of innovation excellence and scientific discovery led by some of the world’s most talented STEM professionals,” he said. “The Governor’s STEM Scholars looks to secure this legacy into the future by inspiring students who will make up the next generation of these scientists, engineers, and innovators.

“As we welcome 128 exceptional high school and college STEM students into our 2023 Governor’s STEM Scholars class, we look forward to seeing the impact they make on the Garden State, the country and across the globe.”

The Governor’s STEM Scholars introduces New Jersey’s high achieving high school and college students to industry, academic, and government research in New Jersey, to establish a profound relationship between these students, STEM, and New Jersey. By making genuine connections between the Scholars and STEM representatives from the research community, we are keeping these STEM students here to become New Jersey’s future STEM professionals.

The Scholars were selected from a pool of more than 600 applicants. Scholars must have at least a 3.5 GPA, be a high school sophomore through doctorial-level student at a New Jersey-based high school or university and demonstrate a passion for STEM.

Throughout the academic year, Scholars will participate in four conferences to explore different aspects of New Jersey’s STEM economy focusing on STEM in government, academia, and industry.

Scholars will participate in a research project, led by undergraduate and graduate-level Scholars, that advances the work of New Jersey’s research community. Additionally, Scholars will tour New Jersey STEM facilities and laboratories and network with STEM professionals to gain a 360° view of STEM opportunities throughout the state.

The Governor’s STEM Scholars is free for all Scholars to attend, due to sponsorships by BASF, Bristol Myers Squibb, Janssen, Merck, Novartis, Ocean Wind 1, the PSEG Foundation, Spencer Savings Bank, Stryker and Verizon.

Drew University president to leave at end of July

At NJIT, getting word out about big accomplishments helped spur big...