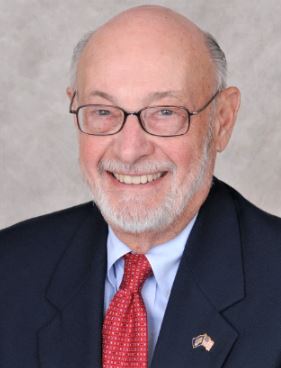 Sheldon Gross wasn’t necessarily looking to get into commercial real estate in the late 1950s. The truth is, he was just looking to sell the company he owned, Scientific Wood Cabinet Company.

But something about that transaction stuck: He noticed the potential business opportunities in real estate when he sold that business’s building. And he noticed his passion for the industry.

A few years later, he combined his interest in real estate and his knowledge for New Jersey and opened Sheldon Gross Realty in West Orange in 1962.

The firm, which specializes in selling and managing commercial real estate, mostly in the Essex County area, stuck, too. This year, it’s celebrating its 60th anniversary. Last year, it leased or sold more than 2.6 million square feet of property.

The firm will be his legacy.

Gross, 94, died peacefully in his sleep, Sunday night, at his home in South Orange.

He was preceded in death by his first wife, Simone Lipton, his second wife of 55 years and his soulmate, Charlotte Gross, and his two brothers, Richard and Peter Gross.

That’s really no surprise: Sheldon Gross was a Jerseyan through and through.

He was born on July 2, 1928, at Beth Israel Hospital in Newark. Soon after his birth, he moved into a house in South Orange, and except for attending college at the University of Illinois and vacationing often in his beloved Berkshires, he continued to base his home in or near South Orange for most of his life.

He spent the earlier part of his career in his father’s business H.E. Salzberg Company, which operated bus lines, railroads and even the trolley that ran across the Queensboro Bridge before it was taken over by the New York City MTA.

He then had a short stint owning the Scientific Wood Cabinet Company, which made cabinets and wooden pocketbooks for women, among other things – before that day that made Gross think about commercial real estate as a profession.

Funeral services will be held Wednesday at Bernheim-Apter-Kreitzman Suburban funeral chapel in Livingston.