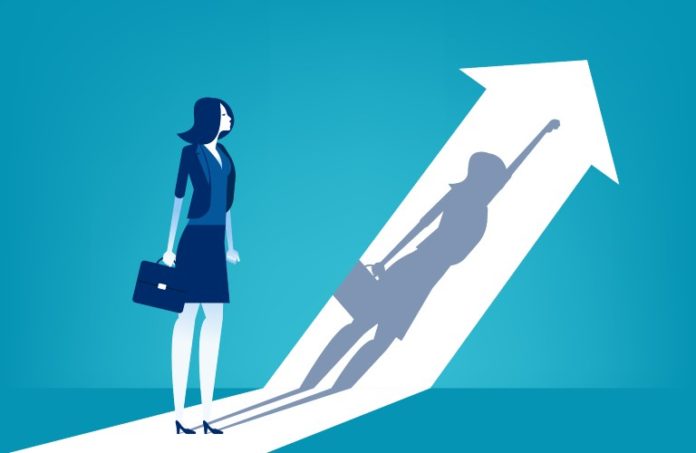 As president of Overlook Medical Center, Stephanie Schwartz recognizes the significance of having a female at the top of the leadership board.

She also knows the distinction is not as unique as it once was – a data point that is borne out by the fact she is one of three hospital leaders in the Atlantic Health system, joining Trish O’Keefe in Morristown Medical Center and Maureen Schneider at Chilton Medical Center.

Schwartz said she is eager to see more women in top roles – and she hopes their presence will help members of other communities work their way into those coveted spots, too.

“I do believe that the more women that are in leadership positions, the more open the world will be to other people – whether it’s our LGBTQ community or people of different races and religions – being given an opportunity.

“I think that women being in the top roles is changing the dynamic.”

Schwartz said she feels these changes go in steps. And when she looks around the leadership at Overlook – where females currently fill a number of top positions – she said she knows the next generation of leaders is at the ready.

“Women have populated the field of medicine at a really heavy rate over the last 10 years,” she said. “Now those women are getting into leadership positions. So that’s going to provide access to other leadership roles, as well.”

Schwartz, who served as president of Chilton Medical Center before taking the top job at Overlook about a year ago, said she is ready to help the next generation in any way that she can.

Women in the lead

The recent ROI-NJ: Influencers ranking for health care had seven female leaders among the Top 25. A look:

That being said, Schwartz made it clear that desire for inclusion should not come at the exclusion of others.

“I think that the world should be balanced,” she said. “I don’t think it should be all women or all men. I’m a mom of two boys. So, I want access for my young men as well.

“And that’s what I think women see – a patchwork of putting everybody around the table.”

Schwartz said she think women do have certain leadership advantages – starting with multitasking.

“I honestly think that we’re pretty good at doing a lot of things at one time,” she said. “We’re moms who work. We’re taking care of family calendars and work calendars.

“I think that is an advantage of having women at the top. That’s not to say that men can’t do that as well, but I think women do multitask better.”

She joked that she sees it every morning, when it usually the moms who are dropping off kids at the facility’s day care.

“I see the moms dropping their kids off, then getting back in the car and coming back out in their scrubs,” she said. “It’s the same thing on the way out; they’re the ones getting those strollers out.”

The Bayada Way: Meet the founder who is giving $20M to...