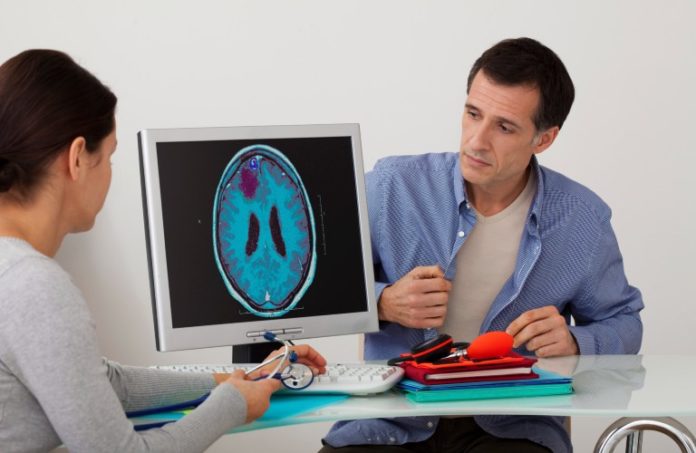 For millions of Americans who suffer from epilepsy, advanced monitoring is essential for diagnosis and effective treatment. But in New Jersey, accessing these services is difficult for patients from racial and ethnic minority groups, according to a Rutgers study.

“Our data suggest that there are substantial inequities in access to specialty epilepsy care in New Jersey, and these differences appear to be influenced by race, ethnicity and insurance type,” Brad Kamitaki, an assistant professor of neurology at Rutgers Robert Wood Johnson Medical School and lead author of the study, published in the journal Epilepsy & Behavior said.

To calculate how structural racism and insurance barriers might affect people’s ability to obtain epilepsy care in the state, researchers analyzed epilepsy-related hospitalizations using inpatient and emergency room databases between 2014 and 2016. They recorded 53,194 emergency department visits for epilepsy and 2,372 epilepsy monitoring unit admissions during this period.

The researchers sorted these cases by race, ethnicity and insurance type to estimate and compare hospital admissions per capita and admission rates per number of emergency room visits for each group. These data were then used to calculate the use of EMU services relative to the number of emergency department visits for each group. EMUs, where seizures can be observed with continuous video-EEG monitoring, are considered the “gold standard” for definitively diagnosing and localizing epilepsy, Kamitaki said.

What the researchers found was that while Black patients were admitted at high rates for all insurance categories (private and public) when measured on a per capita basis, Black patients with private insurance and Medicaid demonstrated the lowest EMU admission rates relative to the number of emergency room visits for each group. This suggests that Black patients tend to seek more emergency care for seizures, with relatively less access to specialty epilepsy services.

“Epilepsy care is very similar to care for diabetes or high blood pressure: Patients must follow up regularly, and that’s costly,” he said. “Advanced epilepsy services are also considered elective, and for uninsured patients in particular, these costs put epilepsy treatment out of reach.”

Other factors include fewer New Jersey neurologists accepting Medicaid, inadequate transportation to and from clinics (people with epilepsy can’t legally drive for at least six months after a seizure), limited English proficiency and laws and policies that perpetuate inequitable health care access for people of color.

But Kamitaki said his study can’t provide all the answers and that additional work is needed to fully understand why these inequalities exist.

“We’re not trying to provide definitive answers but rather to open doors,” he said. “When trying to understand disparities, the first thing that needs to happen is simply pointing them out. In the past, most work on epilepsy has used broad assumptions based on the entire U.S. population. But there are also challenges that are specific to states, which is what we tried to measure.”

Murphy on potential $9B bond sales: ‘We are going to have...