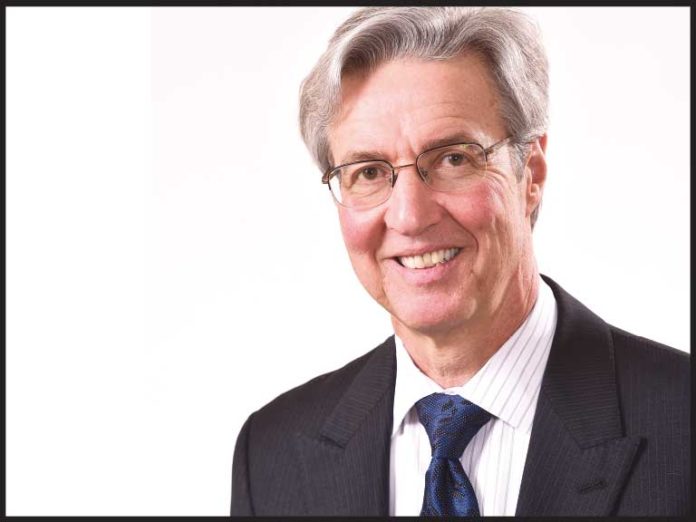 When the U.S. Department of Energy released a Notice of Intent this summer to fund the bipartisan Infrastructure Law’s $8 billion program to develop regional clean hydrogen hubs across the country, a number of states took notice.

For all the push toward renewables such as offshore wind, solar and even nuclear — all of which Izzo supports — he thinks the state may be in position to be a player in clean hydrogen, too.

“I think New Jersey is coming to the realization that we may have some opportunity here to play in that,” he told ROI-NJ during a wide-ranging energy talk before he left for COP27, the climate change conference sponsored by the United Nations that wraps up this week.

Izzo, ever the scientist, said the potential still needs to be proven — and that plenty of obstacles still need to be hurdled. But he said he’s intrigued by the idea.

The idea is simple, Izzo said.

Green hydrogen is the process of using carbon-free energy to separate water into oxygen and hydrogen.

Hydrogen then becomes a terrific fuel for future use — as the process of combining hydrogen back together with oxygen will release carbon-free energy.

The biggest issue: Transporting hydrogen — especially great distances — can be dangerous, because it loves to combine with other elements, which can lead to explosions.

Therefore, Izzo said, you want to use hydrogen in low concentrations with limited transportation.

New Jersey has two areas where such a scenario works well, Izzo said.

It will solve a storage problem that is much greater than the fact the sun doesn’t shine, or the wind doesn’t blow all day.

“That’s where hydrogen is really valuable, because you can keep it in tanks and store it over the long term, as opposed to large batteries, which have a certain decay time associated with them.”

So, where does the state go from here?

“We’re right now talking with the (Board of Public Utilities), about either joining with New York state in a regional hub or possibly going in on our own,” Izzo said. “It’s always best to combine forces.”

Thanks to the infrastructure bill, the federal government is ready to help.

The Department of Energy feels hydrogen energy has the potential to decarbonize multiple economic sectors, including heavy-duty transportation and steel manufacturing, create good-paying jobs and pave the way toward a grid powered by clean energy resources.

DOE officials feel H2Hubs will create networks of hydrogen producers, consumers and local connective infrastructure to accelerate the use of hydrogen as a clean energy carrier.

U.S. Secretary of Energy Jennifer Granholm said the production, processing, delivery, storage and end-use of clean hydrogen, including innovative uses in the industrial sector, is crucial to DOE’s strategy for achieving President Joe Biden’s goal of a 100% clean electrical grid by 2035 and net-zero carbon emissions by 2050.

“Hydrogen energy has the power to slash emissions from multiple carbon-intensive sectors and open a world of economic opportunity to clean energy businesses and workers across the country,” she said. “These hydrogen hubs will make significant progress towards President Biden’s vision for a resilient grid that is powered by clean energy and built by American workers.”