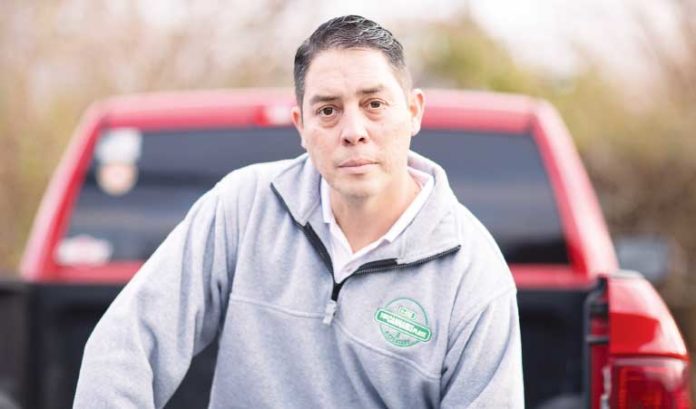 Osbert Orduña, a service-disabled veteran entrepreneur, toured 50 cannabis dispensaries before laying the groundwork to launch his own in Jersey City. Many of those locations had been informed by all of the most sound business models, metrics and modalities …

None had been informed by a late-night police frisk outside a public housing complex in New York City — an experience Orduña first had at the age of 13.

It was an experience Orduña would have many times in his life. He was part of what he calls the “collateral damage,” to borrow a military term, in the war on drugs, as a Latino who grew up in the Black and brown communities targeted most frequently in that war.

“After that first time, just sitting on a bench in front of where I lived, it became a regular occurrence,” he said. “On the way to the bodega to pick up a carton of milk, walking to school, the train station, wherever. A broad net was cast, and we were caught in it for no reason at all. Our crime was being poor people of color in the projects.”

The folks who owned the recreational and medical cannabis dispensaries in the five states Orduña visited came from all walks of life — except that one, he said. To add to that: All but one of the 50 businesses he toured were owned by white men; one was owned by a white woman. There wasn’t a veteran among them.

Orduña’s business, the Cannabis Place, is designated as both a minority-owned business enterprise and a service disabled veteran-owned business. The dispensary is the first with that distinction to complete the municipal approval process in Jersey City.

From his perspective, it’s filling a void that cannabis customers want filled.

“There’s a thirst for diversity in this space from clients,” Orduña said. “When you look at Hispanic individuals among owners of cannabis businesses on a national level, the number is just around 5%. And there’s no similar data to say how many veterans own these businesses.

“But, just like you see in the beer industry with craft breweries, people want to try the products of local — not multinational — companies, especially those that allow people to put their dollars toward supporting Black, Latino, LGBTQ+ or veteran businesses.”

Another of Orduña’s formative experiences was his time in the Marine Corps. Coming home after serving in Iraq, Orduña said it was quickly apparent that many of his comrades were suffering, whether it was from post-traumatic stress disorder, traumatic brain injuries, chronic pain or other maladies. That contributed to concerning rises in suicide rates and opioid overdose deaths among veterans, he added.

An eye-opener for Orduña were studies demonstrating the potential of cannabis to help veterans cope with conditions they might be suffering from. He wanted to support veterans he believed were being often failed by the country they fought for.

“And I learned in the Marine Corps to lead by example,” he said. “So, I wanted to help chart a path … that allowed veterans to step away from Big Pharma products and regain their lives.”

Several years ago, he hoped that path would start with a medical cannabis business in the region.

“But, unless you had $20 million laying around under a mattress somewhere, there was no way to get into the medical marijuana industry,” he said.

New Jersey opening its adult-use recreational marijuana market provided a more reasonable alternative for an entrepreneurial venture, he said. He submitted an application for a conditional license for a dispensary and saw it approved.

He added that the economics on the recreational side weren’t all greener pastures. Besides the majority of municipalities opting out of hosting cannabis dispensaries, there’s a premium landlords put on these businesses.

“When you speak to a Realtor about an open listing, if you’re going to launch a coffee shop, maybe that space costs $3,000 a month, but the minute the word ‘cannabis’ comes out of your mouth, that amount changes to $10,000,” he said. “There’s an assumption that cannabis businesses are flush with cash, so everything is an additional cost. That goes even for cabinetry.”

Still, Orduña is proud to pay a premium to the workers he’ll be employing at his Jersey City business. His business is the first dispensary in the state — or the nation — to propose having its workers unionized from Day One.

“We’re taking that step to show commitment to the economic empowerment of the community we’re in,” he said.

Finally fulfilling a yearslong dream, Orduña expects the Cannabis Place to be open early next year in a southern portion of Jersey City, bordering Bayonne.