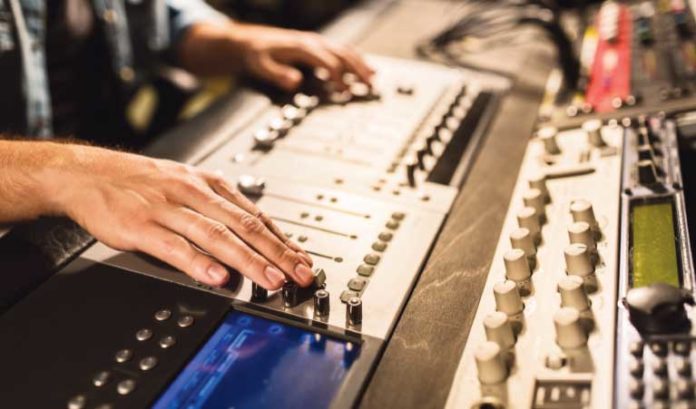 When Tres Williams entered the office of the record label he worked for, he was ushered into a fireproof room behind double-locked doors. Inside, his boss told him he was surrounded by the company’s biggest assets. The room wasn’t filled with boxes of CDs or records piled up, nor any invaluable music memorabilia. …

It had nondescript paperwork stacked onto rolling shelves.

“It was contracts, essentially, and the rights to the music that the company was monetizing,” Williams said.

That experience always stuck with him. And it’s surely relevant now that he’s heading a local startup called The Rights, which is a technology platform that connects content creators with those who own the rights to popular music.

Williams took a long path through the music industry before coming to the Montclair tech startup he’s now a big believer in. As a “musician that accidentally went to law school,” he said, he worked early on with other music attorneys and managed business affairs for the Zomba group of companies and later Sony BMG. He had a hand in album projects for artists such as Outkast and Britney Spears.

He then served as general counsel of music tech startup Thumbplay, a ringtone business that had to pivot to offering a music streaming service ­— arriving before Spotify — after the release of the iPhone. That service would eventually become what today is iHeartMedia, where Williams has worked for the past decade on licensing and music industry deal-making.

“During the end of my run there, it occurred to me that the business of music licensing hadn’t evolved much,” he said. “We were really still doing it the same, old-fashioned way we had done it in the late ’90s. And I joke, but it really is true, that during that time we evolved from faxes to fewer faxes.”

The Rights is trying to replace faxes — which, yes, are still used by what are called “clearance shops” that facilitate music rights purchasing — with button presses. Williams described the company as offering a digital marketplace for the licensing of commercial music in TV, film, social media posts or even the Metaverse.

Williams acknowledged that there’s going to be slow adoption of new approaches to the permission-giving transactions that pave the way for music to be used in creative projects.

But, using conventional means, the company’s music industry veterans have already established themselves as one of the top rights clearance groups in the industry. Williams said that will allow the startup to naturally convert their clients onto their new platform once it’s officially released.

The company right now consists of 13 employees based in Montclair, which Williams said he’s often heard referred to as “music row.”

“I always say that it’s to New York City as Brentwood to Nashville, it’s where all the creative people actually live,” he said. “We’re not the only music business even in our space in downtown Montclair. There’s quite a bit of music industry activity happening here. It’s a bit of a hub. So, we’re proud to be there.”

The company is already anticipating enough growth that it’s eyeing a potentially larger base than the one it’s in within about a year, Williams added.

Over the next few months, its team will wrap up testing of their platform and release the platform publicly. Williams couldn’t be more thrilled.

Reach The Rights at: therights.com.