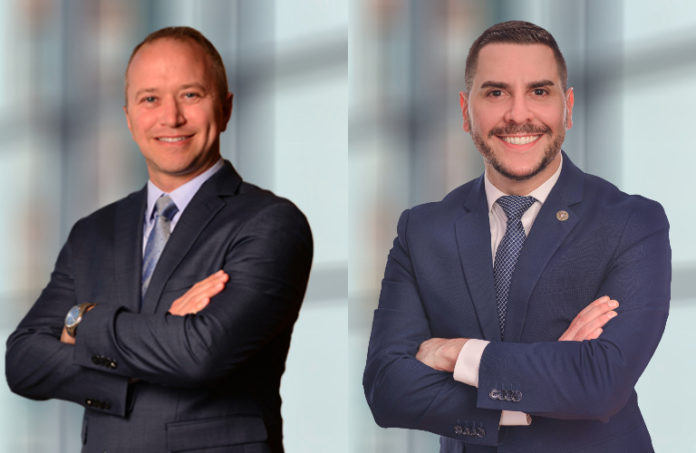 The cryptocurrency industry has been rocked by news that the world’s second-largest crypto exchange, FTX, filed for Chapter 11 bankruptcy protection in Delaware on Nov. 11 following a solvency crisis. The collapse has been compared to the collapse of Lehman Bros., whose implosion was front and center during the 2008 financial crisis. At the same time, FTX’s founder, Sam Bankman-Fried, or “SBF,” resigned as CEO. This news also plunged the values of cryptocurrencies to two-year lows, with Bitcoin falling below $17,000 — a level not seen since November 2020.

Following a tumultuous week, FTX failed to secure enough liquidity to offset a sharp decline in value after leaked documents showed that Alameda Research, a quantitative trading firm founded by SBF, had its finances intertwined with those of FTX. The exchange experienced the equivalent of a “run on the bank” before FTX ultimately halted customer withdrawals.

In response, other crypto exchanges were quick to inform their users that their platforms are different or unique, and not vulnerable to the same fate. Industry participants as a whole will agree that FTX’s collapse has nothing to do with the core technology behind crypto and blockchain. However, it will likely substantially erode trust in the industry, and, as we have learned from history, similar events involving failed financial institutions have resulted in increased regulation and enforcement efforts by the federal government.

SBF has himself been an active proponent of industry regulation and a significant political campaign donor, and he is widely considered a crypto industry “white knight” after he bailed out several fellow industry exchanges over the past year. Those exchanges include Voyager Digital, a publicly traded crypto lender, which SBF agreed to purchase for $1.4 billion less than two months before FTX’s bankruptcy filing.

FTX’s insolvency is akin to those growing pains experienced in the traditional/centralized financial services industry. For example, during the Crash of 1929 that preceded the Great Depression, margin requirements were only 10%. When the market collapsed, banks began to fail as debtors defaulted on their debt and depositors attempted to withdraw cash, thus triggering multiple bank runs.

In response, the U.S. Securities and Exchange Commission was created and the Glass-Steagall Act was passed in an attempt to prohibit risky investment banking activities detrimental to consumers. Similarly, the financial crisis of 2007-2008 resulted in the failure of a handful of major banks, mortgage lenders and insurance companies after the collapse of the housing market and investments tied to mortgage-backed securities, among other things. As a result, the Dodd-Frank Act was passed to further decrease risky behavior by certain financial institutions. In addition, two more federal regulatory bodies were created — the Consumer Financial Protection Bureau and the Financial Stability Oversight Council.

Now, with no bailout in sight and a failed deal to sell FTX to competitor Binance, FTX consumers are ultimately the ones who will be on the losing end of the present debacle — a classic trigger for federal regulation and enforcement. While regulators have had their eyes set on the digital asset space for quite some time, significant regulations have not yet materialized. The sole exception was the passage of the “Infrastructure Investment and Jobs Act,” HR3684, on Nov. 15, 2021, which introduced new reporting requirements for certain cryptocurrency transactions.

Like banks and non-banks, crypto platforms are not immune to regulation, and markets must be stable and well-functioning. Indeed, SEC Chairman Gary Gensler has been enacting a policy of “speak loudly and carry an even bigger stick,” asserting often that the vast majority of digital tokens are securities, and routinely inviting industry participants to “come in and get registered,” while using the financial might of SEC enforcement to impose regulation over the industry. Fresh off a recent win over LBRY Inc. in the U.S. District Court of New Hampshire, and in light of the collapse of FTX — an exchange with an estimated value of around $32 billion — Gensler is unlikely to back off.

In remarks prepared for delivery Tuesday, Michael Barr, the Federal Reserve’s vice chairman for supervision, told lawmakers at a hearing before the Senate Banking Committee that the crypto industry needs to be regulated in a fashion similar to more traditional financial services providers.

“Recent events remind us of the potential for systemic risk if interlinkages develop between the crypto system that exists today and the traditional financial system,” Barr said in his written remarks. “We do not want to stifle innovation, but when regulation is lax or behind the curve, it can facilitate risk-taking and a race to the bottom that puts consumers, businesses and the economy in danger and discredits new products and services with consumers and investors.”

Regulators will likely seize this opportunity to not only craft laws to increase transparency and other consumer protections in the crypto space, but also to ramp up their enforcement efforts and probe whether existing crypto platforms have correctly managed customers’ funds. Accordingly, whether you are involved in the crypto space as a creator, issuer, promoter, seller or investor, be aware of various legal, regulatory and policy considerations that could affect your interests based on the nature of the product.

Hunt S. Ricker, a partner in the Securities Litigation, Arbitration, Regulation and Investigations Group at Riker Danzig in Morristown, devotes a portion of his practice to monitoring the advancement of securities regulation and litigation relating to cryptocurrencies, digital assets and blockchain technology. Robert N. Holup is an associate in the practice group.

Health care workers are here to help and to heal —...

Why power problems in Texas will cost you money in N.J.