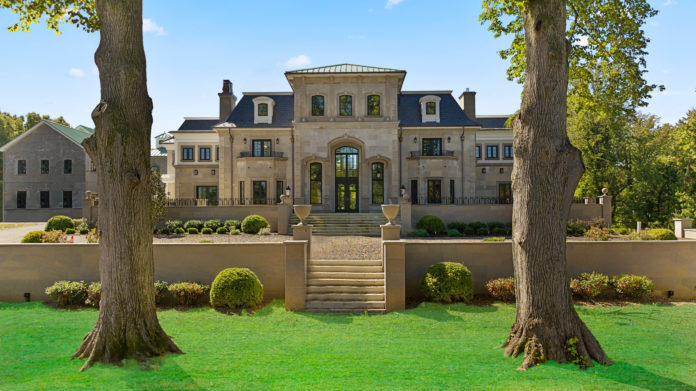 Here’s some good news about the largest house ever to hit the market in southern New Jersey.

The Moorestown-area mansion not only has never been lived in, but the buyer will be able to put their own finishing touches on the final steps of a six-year process — things such as the indoor pool and the wing that will have the elevator for luxury cars.

Want more? The house is even priced a few million less than already has been spent to build it.

So, if you can come up with the $24.95 million asking price, this four-story, 44,000-square-foot private residence with seven bedrooms, eight bathrooms, three powder rooms, six fireplaces, three elevators and that still-to-be-finished indoor pool can be yours.

So said Kevin Steiger, the agent at Kurfiss Sotheby’s International Realty who has been charged with selling the mansion.

“It’s amazing,” he said. “It’s just an incredible property. It’s a perfect house for someone who demands perfection, because this house is perfection.”

Other amenities include plenty of things you would suspect: a game room, a pub, a gym, a movie theater, a wine cellar — even a golf simulator that seemingly will allow someone to play any course in the world.

It’s all on nearly 8 acres of property, which sits in both Moorestown and Cinnaminson.

Sounds great. Of course, there are only a limited number of people who are capable of buying such a house. 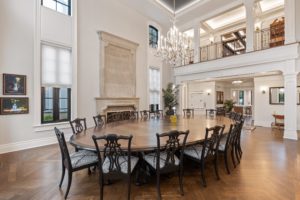 Steiger said they all will have some similar attributes.

“It’s going to be someone who has a net worth of at least $100 million, someone who already has multiple homes and someone who wants a mansion that is within access to New York and Washington, D.C., as well as Philadelphia,” he said.

That person won’t necessarily live near the property, on the East Coast or even in the U.S.

“I certainly think it could be an international buyer, maybe someone from China or Europe,” he said. “Russians used to like big palaces like this, but until that whole situation (with the war in Ukraine) gets straightened out, I’m not sure that will work.”

Steiger, who has been selling high-end real estate for more than two decades, said there’s no telling how long it will take to sell the mansion that was being built by the former husband-and-wife leaders of Moorestown-based Tabula Rasa HealthCare, Dr. Calvin Knowlton and his wife, Dr. Orsula Knowlton.

“I’m being asked to do something that hasn’t been done before in the South Jersey area,” he said. “I’m working hard on it. But my expectations are that it may take a little bit of time to find the right person.”

The timing, he said, is tough.

“The economic conditions of the day, with the drop in the stock market, crypto, rising interest rates, are all working against us to some degree,” he said. “But people with these types of dollars usually want what they want, when they want it. So, we just have to find right person at the right time.”

And if things don’t work out, Steiger said he has a Plan B.

“I need to find the person in California who won the billion-dollar PowerBall,” he said.

Here’s more of the conversation, edited for space and clarity.

ROI-NJ: You do high-end realty. But this is another level. Talk about this unique situation for South Jersey.

Kevin Steiger: I work out of Bucks County and have sold a lot of high-end properties and represented a lot of celebrities and famous folk. High end in our area is anything over $2.5 million — though $3, 4, 5 or 6 million is not uncommon.

When you get into the bigger numbers and a property like this, it may end up being an international buyer. That’s why the Sotheby’s brand is so important on this listing. 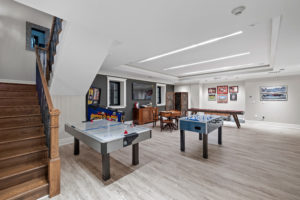 ROI: How about the U.S.? If not from this area, where do you think this property will attract a lot of attention?

It’s amazing. We’re getting so many people coming ‘back East’ as they say, for the lifestyle.

ROI: OK, last question. This listing is going to attract more attention than actual prospective buyers. How do you make sure you’re dealing with people who actually can afford it?

KS: Very rich people are very private, so it can be difficult. And we have to be careful, because we cannot discriminate, because of federal housing laws. We usually will require a letter from a financial person, or an accountant, someone that can be checked.

We’re not showing this to anyone.  I dealt with that when I represented Patti LaBelle’s house. Anyone who wants to see this house will have to represent that they can afford to purchase a home at this price point.

For Price, successful Propelify reinforces idea that tech is on a...