Home Opinion Op-Ed Why nuclear energy (which can be billion-dollar net export) may be state’s...
Facebook
Twitter
Linkedin 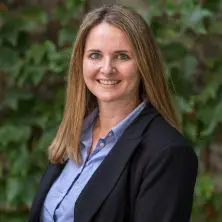 A recent poll from Pew Research shows that a majority of U.S. adults (69%) want the U.S. to become carbon-neutral by 2050 and want to prioritize developing alternative energy sources.

Gov. Phil Murphy announced similar goals three years prior, in his administration’s 2019 Energy Master Plan. He declared a goal for New Jersey to lead the nation in clean energy by becoming dependent on 50% clean energy by 2030 and 100% by 2050.

The questions left outstanding for policymakers are: How do we get there, and at what costs to New Jersey’s ratepayers and taxpayers?

However, in order to meet the goal of 100% clean energy by 2050, Murphy and the Legislature need to align energy subsidization with economics. This involves supporting clean energy projects, such as nuclear, in the same way we have supported recent wind investments and shifting current subsidies for solar energy to more reliable energy sources.

In order to reach the admirable and desirable 2030 and 2050 goals, New Jersey needs to balance energy economics with politics when deciding how to allocate tax dollars toward our green future.

Here are six thoughts on reaching these clean-energy goals:

Currently, 40% of the state’s electricity comes from two nuclear plants along the Delaware River, which accounts for 90% of carbon-free energy in New Jersey. Investing in nuclear energy is critical because, unlike other clean energy sources, nuclear plants emit water vapor and warm water when cooling reactors, not carbon dioxide. They also use less carbon-emitting resources, such as cement, when constructing them, compared to wind or solar energy. Since carbon dioxide is a leading cause of the warming planet, investing more in nuclear energy can provide the most environmental benefit.

In addition to being one of the cleanest energy sources, nuclear is also the most reliable. According to analysis from the U.S. Department of Energy, nuclear energy has the highest capacity factor, provides 24/7 power, requires less maintenance and does not rely on uncontrollable elements that lead to irregular energy production, which is common with solar or wind energy. One nuclear reactor produces 1 gigawatt (or 1,000 megawatts) of electricity. It takes 2-4 coal plants, 3.125 million solar panels or 431 utility-scale wind turbines to generate the same amount of electricity.

Nuclear energy also uses less land than other clean energy sources and the risks of nuclear energy are very small compared to its vast benefits.

Approximately 19% of all electricity in the U.S. is generated from nuclear sources, despite only 54 nuclear power plants existing in the U.S. Interestingly, New Jersey is currently in the Top 10 of states in producing nuclear energy (and the smallest state by geographic size).  If New Jersey expands this industry, it could become a net exporter of nuclear energy — similar to France.

France gets 70% of its energy from nuclear energy due its low cost of generation and gains €3 billion ($3.006 billion) per year in exporting energy to other European countries. New Jersey could generate a new state export — energy — if we increase our capacity in nuclear.

Murphy has pledged to increase electric wind generation to 11,000 megawatts by 2040 with “breezes from the Jersey Shore.” This follows President Joe Biden’s initiative to have 30 gigawatts of energy by 2030.

Danielle Zanzalari, who has a Ph.D. in economics, is an assistant professor at Seton Hall University, her alma mater.

Previously, she worked as the vice president of credit and portfolio risk at Citigroup and as a financial economist at the Federal Reserve Bank of Boston. She helped design the econometric evaluation guidelines for bank stress testing while at the Fed and also helped oversee model development for Citigroup.

She did this analysis for Garden State Initiative.

While diversification of energy is important from an energy security perspective, and wind energy is cheaper than nuclear and many other clean energy sources, the state Legislature and governor should wait to see whether its current investment provides enough benefits to outweigh the costs before increasing wind subsidies.

The projected 11,000 megawatts of electric wind energy are expected to provide energy to about 4.4 million households, but come at the added cost per home of $3.49 per month in addition to the $500 million already allocated for a wind port.

The Solar Act of 2021 has directed our Board of Public Utilities to double our solar program and obtain 3,750 megawatts of energy by 2026, increasing our solar energy to about 5.1% of total energy. However, this act sets an arbitrary goal without taking into account costs.

New Jersey’s solar program is one of the most expensive in the country and subsidies solar at $210 per megawatt hour and rooftop solar at $304/MWh. Nuclear energy, on the other hand, is only subsidized at $11/MWh, yet provides 40% of New Jersey’s total energy, compared to the goal of 5.1% for solar. New Jersey should consider abandoning the arbitrary solar energy goal and use that money to subsidize more reliable energy sources.

New Jersey does not need to provide additional incentives for people to switch to electric vehicles. The federal government already has a program to subsidize up to $7,500 per vehicle. Research shows that the wealthy are the ones buying electric vehicles and many would have bought them without the subsidy. Subsidizing the purchase of electric vehicles for up to $5,000 has cost New Jersey taxpayers $59 million in Year One. This money could have been better spent subsidizing cleaner energy sources for all.

Investing in new energy companies, like those developing clean electricity from ocean waves, could provide clean energy without environmental impact on marine and ocean floor life caused by wind energy. The New Jersey coast makes wave energy a promising potential clean energy investment for New Jersey. Moreover, the potential award for investing early in wave energy (such as an equity stake) may outweigh the costs of early investments in the technology.

More investment in nuclear energy could make New Jersey a net energy exporter, which not only would provide jobs for our residents but increase income — all factors that need to be considered when allocating our tax dollars.