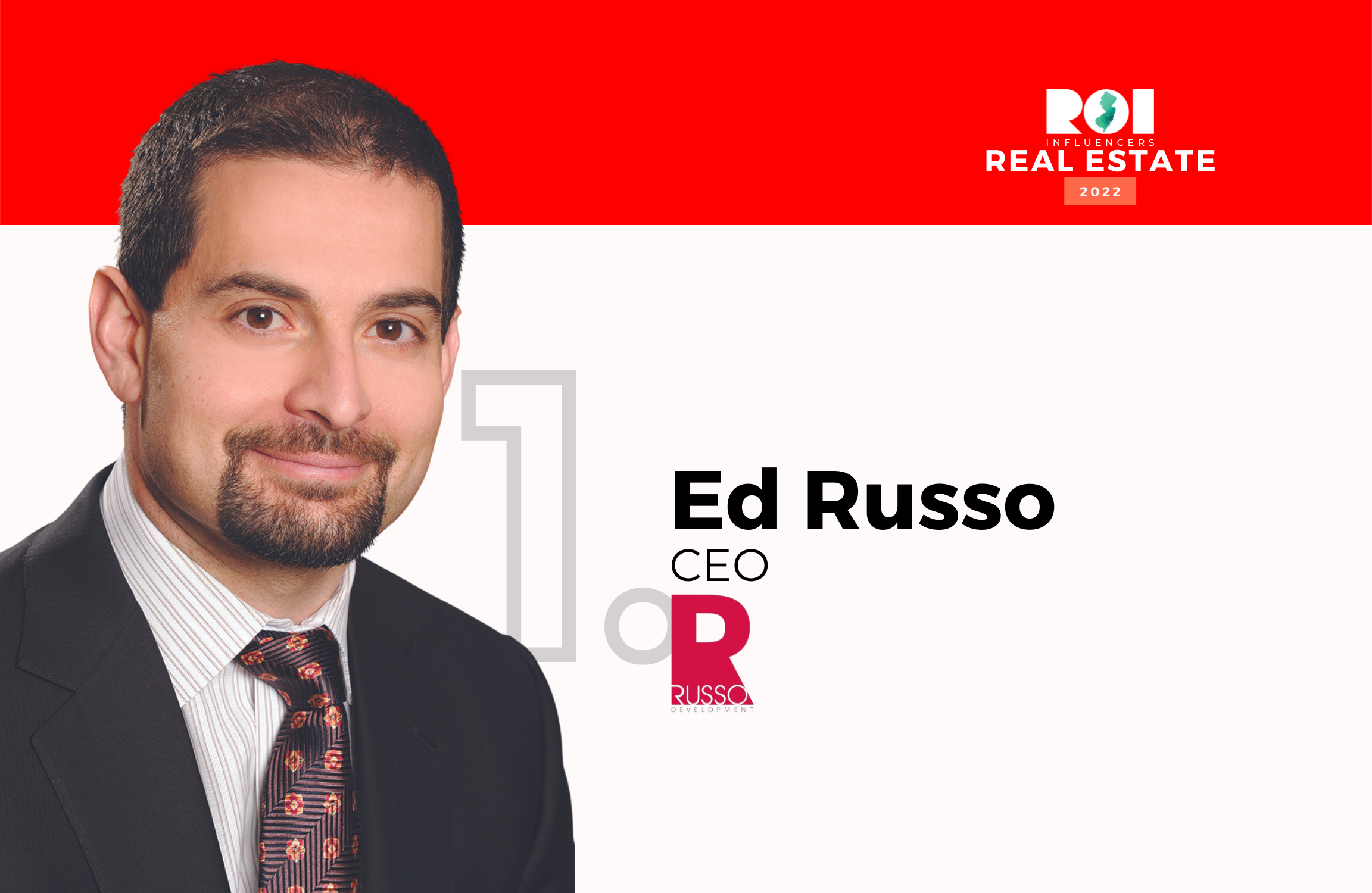 It’s an old saying in the media business: Sometimes, the headlines write themselves.

In the case of the 2022 ROI Influencers: Real Estate list, a new saying can be coined: Sometimes, the headlines pick the top honoree.

Consider these words involving the efforts of Russo Development, all of which were pulled straight from the ROI-NJ archives in the past 12 months:

The headlines speak for themselves — as they show a diversity of asset classes in locations all around North and Central Jersey and in partnership with some of the biggest names in the industry.

They show why Ed Russo, CEO of Russo Development, is the choice for the No. 1 spot on this year’s list.

And it all comes with this caveat: We’re not sure we covered all of the company’s acquisitions, groundbreakings and grand openings.

This much we do know: Since taking over as head of the firm from his father approximately two decades ago, Ed Russo has elevated Russo Development to a new level. The firm is as prolific as any other anywhere in the state — which makes attempting to define or describe it a challenge.

Russo Development is well known for its signature apartment brand, Vermella, which offers spacious apartments and an amenity-rich lifestyle that can elevate a community (see its offering in Harrison, among so many others).

But to only talk about Russo’s multifamily and mixed-use developments is to ignore its strong presence in the industrial sector.

And, of course, don’t forget about the company’s large holdings in data centers, where it subtly is a leader in the state.

The firm, which was founded in 1969, describes itself this way: Experience. Reputation. Excellence. Longevity.

It’s another example of the headline writing itself.

A look at the previous No. 1 selections for the ROI Influencers: Real Estate list:

2019: No selection (With no clear-cut honoree, 10 pressing issues were selected instead)