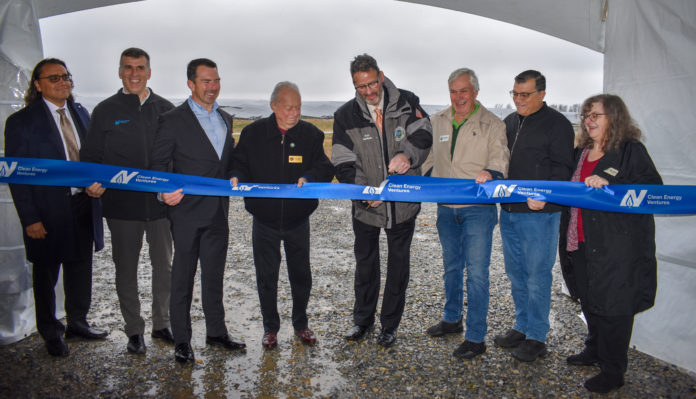 We’ll spare you the trash-to-treasure line and just say this: Finding creative ways and new areas to create clean energy will be a key to fighting climate change.

On Wednesday, it announced the completion of construction of a new 25.6-megawatt solar project located on the site of the former Combe Fill North Landfill in Mount Olive.

The ground-mounted solar array consists of approximately 56,900 solar panels and will provide enough clean energy to power over 4,000 homes annually and reduce emissions by 23,940 tons every year.

To be clear, NJR Clean Energy Ventures is not the first energy company to complete such a project, but it clearly is all-in on the idea: The project is the largest capped landfill solar array in New Jersey and one of the largest in North America.

New Jersey Resources CEO Steve Westhoven was thrilled to announce the project had been completed.

“NJR Clean Energy Ventures is committed to building a clean energy future with projects like the Mount Olive solar field,” he said. “By repurposing landfills and other underutilized spaces to produce clean, renewable energy, NJR is helping to power a bright, sustainable future today and delivering clean energy innovations that drive New Jersey toward our clean energy goals.”

Westhoven said NJR’s strong track record of clean-energy investments in New Jersey is an important aspect of its broader commitment to sustainability and emissions reduction. With a far-reaching sustainability agenda, he said NJR already has reduced its operational emissions in New Jersey by 50% of 2006 levels and set a goal to reduce those emissions to net-zero by 2050.

In this instance, it will be covering 102 acres of underutilized brownfield, the clean power produced at the Mount Olive solar field will feed into the local distribution system and that will be sold into the wholesale energy market through regional electrical grid operator PJM Interconnection.

The project was designed, engineered and permitted by CEP Renewables LLC, an accomplished developer of grid-connected, utility-scale solar projects with expertise utilizing unusable land such, as landfills, brownfields and Superfunds, to generate clean power, and built by CS energy using union labor.

Robert Pohlman, vice president of NJR Clean Energy Ventures and corporate strategy, said the company is thrilled to be able to take on the project.

Now, about that trash-to-treasure line. It fits so well here.

Closed for nearly four decades, the Mount Olive property operated as a landfill from 1966-81. In 1982, it was placed on the U.S. Environmental Protection Agency’s National Priorities List of Superfund sites.