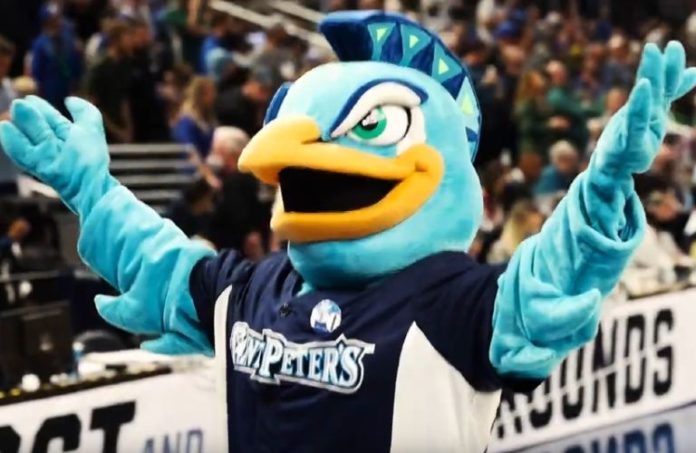 Saint Peter’s University announced Friday night at a Blue and White Ball kickoff event that it is launching the public phase of its most ambitious fundraising campaign ever — and that it expects to meet its $75 million goal.

The campaign, Peacocks Rise, already has raised $70 million during the six-year quiet phase of the campaign — one that certainly was boosted when the school received national attention last spring during its run to the Elite Eight of the NCAA men’s basketball tournament.

Saint Peter’s President Eugene Cornacchia said the impact of the campaign already is being felt.

“During the quiet phase of this campaign, our academic programs have grown in stature and size, our campus has experienced a physical transformation to meet the excellence of our offerings and future ambitions while our pride and national recognition have never been greater,” he said. “We could not have done this without our valued supporters, but the work is not done and we are not done rising.”

Here is a look at some of the impact the campaign, much of which already has been accomplished or is in progress:

Since the silent phase began, the university has seen record-breaking philanthropy. Notable gifts include $10 million commitments from former U.S. Rep. Frank Guarini and Joseph Panepinto — the two largest donations in school history — as well as a $5 million gift from Thomas Mac Mahon of the Class of 1968 and six commitments at the $1 million level.

More than 450 donors have made gifts of $10,000 or more. And, of the nearly 8,000 donors from across the country who have made gifts since the campaign began, almost half of them made their first gift ever.

Cornacchia said he is grateful for their efforts — which already have surpassed the school’s previous fundraising record, $64.2 million, from the Students at the Center campaign that ended in 2014.

“We are really well positioned as a community to not only meet, but exceed our $75 million goal,” Cornacchia said. “In March, our men’s basketball team showed the world what Peacocks are made of. When Peacocks Rise, there is no stopping us.

“I am challenging our community to raise the bar as high as we can for Saint Peter’s because we need to do the most we can for our students.”

Now, and in the future, Cornacchia said.

“Peacocks Rise is our opportunity to achieve lasting greatness,” he said.