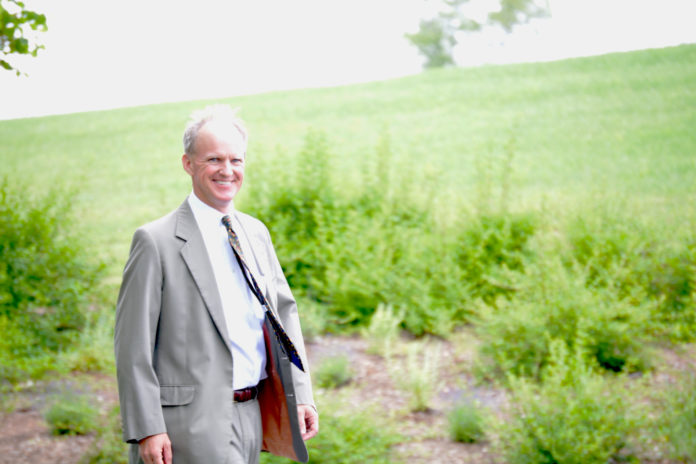 Consumer advocate groups are warning that, unless new rules are introduced ahead of unexpected winter weather or other pressures on the energy grid, customers in transmission company PJM Interconnection‘s regions, such as New Jersey, could be vulnerable to unexpectedly high power bills.

To prevent that, the large grid operator has been exploring what’s referred to as a “circuit breaker” to prevent weather events such as 2014’s prolonged polar vortex from leading to soaring costs for households, businesses and municipalities alike.

That process began with the request of a regulatory liaison to PJM, a grid operator spanning New Jersey, 12 other states and the District of Columbia, in the aftermath of Winter Storm Uri in Texas.

That catastrophic storm led to reports of individuals receiving power bills in the thousands of dollars, said Albert Pollard, leader of a consumer-oriented energy group.

“We believe in price signals and that the market should work, but there are some instances in which a price signal no longer produces more energy,” he said. “For instance, during Winter Storm Uri, when gas plants started going down, the prices going up to (the regulator-set ceiling of $9,000 megawatt-hours) didn’t produce more electricity. It was just paying for a third Caribbean vacation for some utility executive.”

Pollard is a former Virginia legislator who serves as director of Clear RTO. His consumer advocacy organization is part of the Citizens Utility Board of Illinois, but works throughout the region, within PJM.

As he described it, a number of proposals have progressed through PJM proceedings this year, following the organization starting to look at a new “circuit breaker” strategy last year.

One of the proposals, from the country’s largest generator of electricity from natural gas and geothermal resources, introduced a price cap that would kick in only after nearly four days of energy supply shortage events. Another of the leading proposals came from nonprofit wholesale power supplier American Municipal Power.

“None of them received enough votes to pass,” Pollard said. “But, even the ones seeing the highest percentage of votes would put the price cap somewhere that, literally, a full year’s electricity budget would be spent in 24 hours.”

Amplifying concerns about costs during any soon-to-come energy demand spikes are some now-familiar trends, such as the war in Ukraine’s effect on European gas supplies.

Pollard conveyed that, from the perspective of consumers already dealing with inflation in other goods, swift rate hikes for power would prove to be a frustrating experience.

“If someone starts charging the equivalent of $20 for a gallon of milk, I can go shop at another grocery store,” he said. “I can’t do that for the essential service of electricity.”

As it stands right now, American Municipal Power is negotiating with some of the other PJM members to get an acceptable proposal together, Pollard said. It’s expected that, if a deal is struck, that proposal could be introduced to PJM’s member committee during its Dec. 21 meeting.

Pollard noted this could all be made difficult because of the fact that natural gas companies stand to gain in revenues if no change is made.

“But the status quo is simply not acceptable,” he said. “This is the sort of situation where, if we get into these crises, it’s going to be the type of thing where senior management loses their job because the members couldn’t come to a decision.”

With the Garden State likely to soon enter the year’s peak winter conditions, based on historic weather trends, Pollard is hoping for a quick resolution.

“The best time to get this done was yesterday,” he said. “The second-best time is tomorrow.”

Nonpartisan group: U.S. greenhouse emissions rose in 2022, but there are...

Community of caring: Why Plainfield is paying $1.1M to keep water...