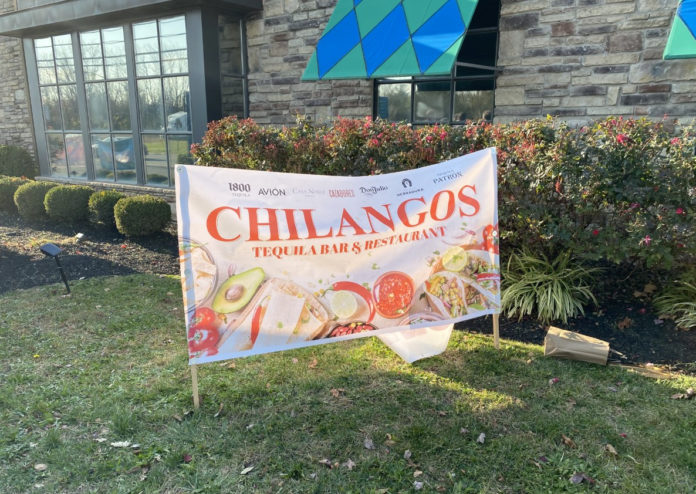 Let’s get something straight right from the top: The second Chilangos restaurant, which opened last month in Hillsborough, will not have 275 brands of tequila — one of the calling cards of the original establishment in Highlands.

“For now,” owner and celebrity chef Leo Cervantes said with a hearty laugh during the ribbon-cutting ceremony in late November.

Cervantes’ enthusiastic response came over the sounds of a Mariachi band that came for the occasion. It’s the type of energy that’s needed to change the fortunes of a building that locals say has seen a variety of restaurants come and go for nearly 75 years.

It’s a building that has two distinctive features:

When Cervantes was pitched on the idea of taking over the space in the summer, he saw one more characteristic: Chilangos will be the first sit-down Mexican restaurant in a town that you would have figured to have many.

“I think people are looking for something different — and I know we will give them something they will love,” he said.

He already has seen it.

Cervantes brought one of his two food trucks to a space that faces the road during Hillsborough’s restaurant week in September. It has been parked there ever since.

“People just keep stopping by,” he said. “They love our food.”

Cervantes has been on the Food Network. He has been on the “Today” show. He has a few YouTube videos — and a book about his life. Oh, and he’s friends with Bruce Springsteen, too.

It’s all part of his personal journey.

But, don’t be fooled into thinking he has lived a life of celebrity. Far from it.

Cervantes grew up in poverty in Mexico. A shack with no floor or no door, he said. And, even though he got a visa to come to the U.S., he decided to cross the border with those who didn’t.

“I wanted the adventure,” he said.

Days later — after walking three days through Texas without food — he was brought back to Mexico. Six months later, he was on a plane to New Jersey. He moved in with his brother and took a job washing dishes at a restaurant by the Shore.

It led to his first encounter with Springsteen.

“They told me, ‘The Boss’ was in the restaurant, and everyone was trying to get a look at him,” he said with a laugh. “I didn’t know who he was. I said, ‘Let me go wash my dishes because my jefe is not going to like it if I stop working.’”

Through the hard work and determination that only an immigrant would understand, Cervantes worked his way up through the kitchen and eventually began cooking.

In 1999, he opened his first Chilangos restaurant in Highlands. It has grown to become one of the most popular and successful Mexican restaurants in the state. It also led him to another encounter with Springsteen.

When The Boss happened to come for a meal at Chilangos, Cervantes approached him at his table and told Springsteen the story of their first encounter. They quickly became friends.

Cervantes has been to Springsteen’s house, cooked for him at parties. And then, in one big moment, Springsteen not only invited Cervantes to a concert, he announced, “Chilangos is in the house,” to the crowd.

Cervantes appreciates the struggles that first-generation immigrants can have.

“I am living the American Dream,” he said proudly. “I want to help others.”

It’s why he spends time mentoring as many people as he can in partnership with programs by the Statewide Hispanic Chamber of Commerce of New Jersey.

Luis De La Hoz, the chair of the chamber, said Cervantes is a role model.

“Leo is a real example for our community — not only for his life journey, which is very inspirational, but the work he does to help others,” he said.

“He is willing to share his knowledge and his time trying to assist others to grow. He is a guiding light for other restaurant business owners.”

The building needs a tenant with a history of success. And Hillsborough needs a good sit-down Mexican food restaurant — one with excitement.

“Leo’s been super-positive about everything,” he said. “We know this is going to be a perfect fit.”

“We’re going to have good food, a good atmosphere and good tequila — and plenty of it,” he said.

From rails to trails: N.J. to build 9-mile park that stretches...

On Latina Equal Pay Day, a call to self-empower to close...