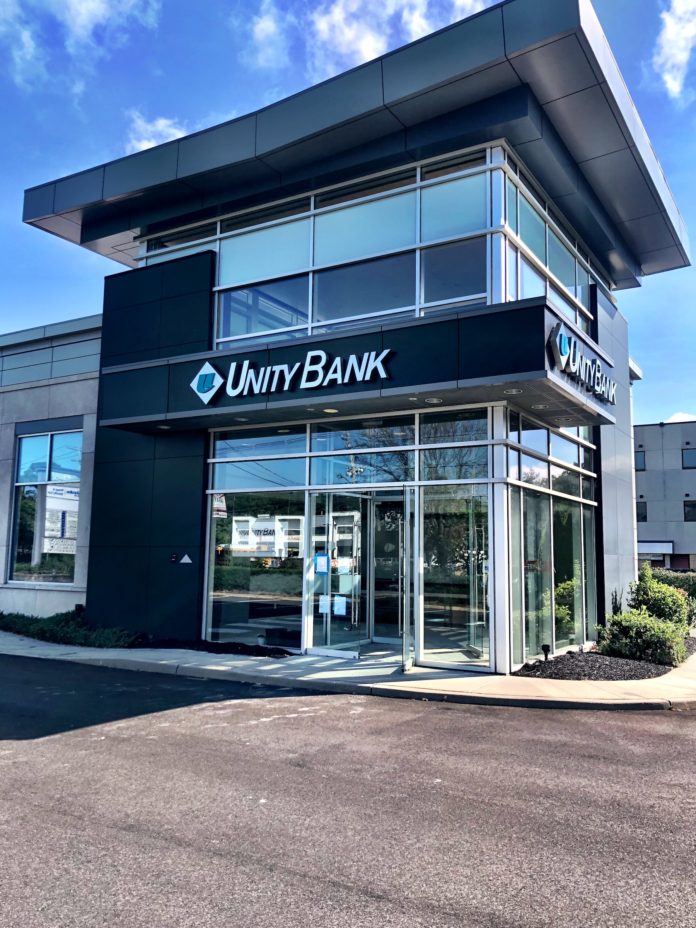 Unity Bank opened a new full-service branch in Lakewood, according to a Tuesday announcement. The latest location expands the financial institution’s branch network to Ocean County and the state’s fastest growing municipality.

Unity also said Tuesday that it plans to open a Fort Lee branch in January, expanding the bank’s footprint in Bergen County.

“Ocean County has lost almost 25% of its bank branches in the past decade, and county officials are concerned that senior citizens in the county are underserved by the current population of banks,” Unity Bank CEO and President James Hughes said. “Our commercial and residential lending team has made significant inroads serving the unmet needs of the local community, so the new branch is a logical extension of these efforts. Lakewood has been the fastest-growing municipality in the state, so this new branch makes good sense for the community and Unity.”

Located at 1255 Route 70, at the intersection with Airport Road, the approximately 1,800-square-foot space previously was operated as a bank branch by another financial institution, and now provides a full scope of local banking services.

“Community banks are an engine for economic growth in the areas where they operate,” Hughes said. “During a time when large banks are closing branches, and other community banks are consolidating, we are expanding our commitment to the local marketplace to bring our full suite of products and services to small businesses and consumers in Ocean and Bergen counties. We are providing capital for small businesses looking to open their first store, grow their business and hire more employees, as well as families looking to purchase a house, or put an addition on their existing home. The heart of our business is seamless, easy-to-use deposit accounts with simple payment platforms and a commitment to excellent customer service.”

According to the 2020 U.S. Census, Lakewood was New Jersey’s fastest-growing municipality in the past decade and is now the state’s fifth-largest city. Lakewood’s population soared 46% over the past decade, increasing from 92,843 residents to 135,158. Much of the dramatic growth has been attributed to an exodus of people from New York City to Ocean County.

The Fort Lee branch will be located at 899 Palisades Ave. and is expected to be open by late January. Once the Fort Lee facility is opened, Unity Bank will provide financial services to retail, corporate and small business customers through 20 branches in Bergen, Hunterdon, Middlesex, Ocean, Somerset, Union and Warren counties in New Jersey and Northampton County, Pennsylvania.

EWNJ’s Kauffman on Equal Pay Day: ‘We must recognize that our...