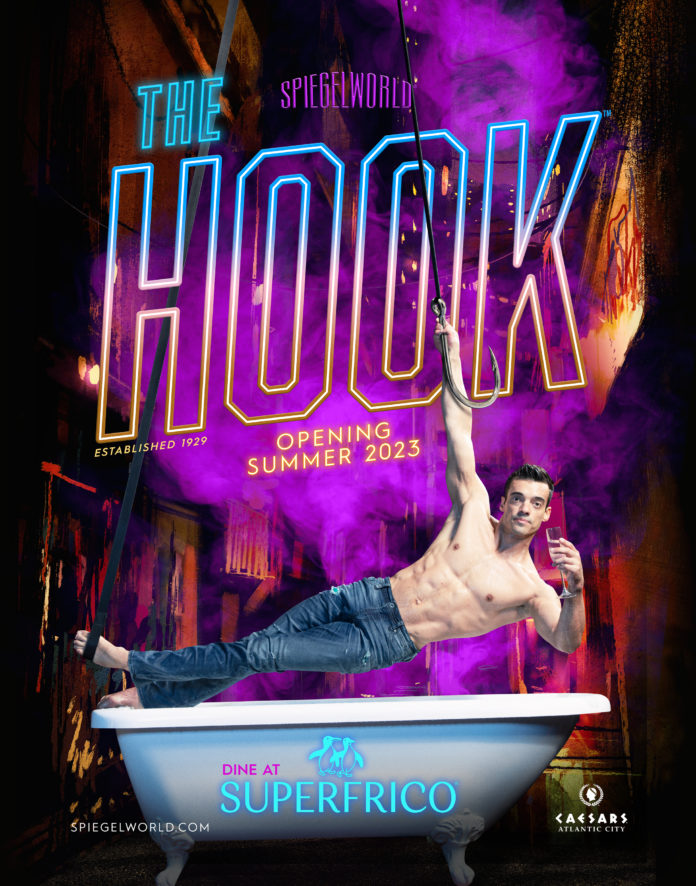 Spiegelworld, the producers of groundbreaking shows in Las Vegas, said it plans to resurrect Atlantic City’s Warner Theatre by June 2023 with a permanent live entertainment destination: the Hook.

In 1929, the Warner Theatre became a host for star-studded entertainment. Next summer, guests will be able to come right in from beach to Boardwalk, through the theater’s original façade and into a world of entertainment with live stage shows and Spiegelworld’s interactive dining-entertainment experience — all part of a multimillion-dollar renovation at Caesars.

Spiegelworld’s impresario extraordinaire, Ross Mollison, said: “A decade ago, we came to Vegas and did things differently in live entertainment. Now, we’re incredibly excited that our pals at Caesars have given us this opportunity to bring our party to the playground of potential that is Atlantic City. Millions have moved to the Jersey shoreline, and there is nothing to do other than drive to New York with the flock of tourists. Forget it. Come to A.C. We see beauty. We see brashness. We see the charm and history of the Boardwalk. Experience a show that can be seen nowhere else in the world. Have an incredible cocktail. Have an incredible meal. Get caught on the Hook.”

Caesars Entertainment President Anthony Carano said: “We love what Spiegelworld has created with Absinthe at Caesars Palace in Las Vegas, so as we were thinking about how we could bring more energy to Caesars Atlantic City, we immediately thought of Ross. We are excited to see what his daring and innovative team has in store for Caesars Atlantic City with the Hook and Superfrico.”

Proof that Sustain and Serve program is more than serving its...

Will Fourth be a fizzle? Poll shows fewer cookouts — and...