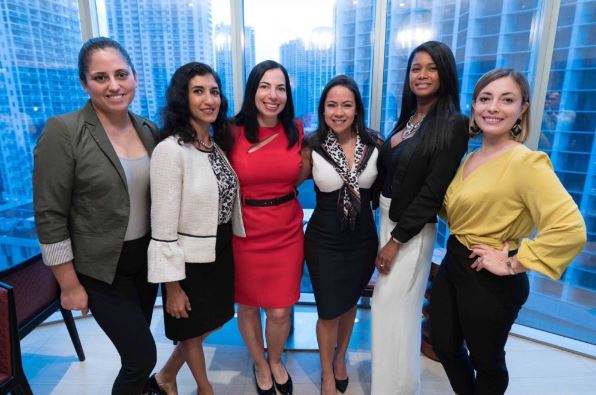 The severity of the pay gap that impacts women in the workplace — especially women of color — is astounding. Numerous national studies indicate the gap is anywhere between 45-55% for Latinas, depending on how you classify various workers.

It’s a huge problem, one that impacts far more than just the women receiving the pay. Which is why it should be a topic of discussion in workplaces across the state Thursday — marking Latina Equal Pay Day for 2022.

How does the state bridge that gap?

For starters, it needs to talk about the issue more than one day a year. So said Elisa Charters, the co-founder and head of Latina Surge, a New Jersey grassroots nonprofit turned national nonprofit aimed at helping Latina women surge ahead through education toward self-empowerment in their personal and professional lives.

“We cannot sit around waiting for others to empower us with more pay,” she said. “We need to self-empower.”

All women, but particularly women of color, need to learn how to negotiate their salaries, benefits, access to projects and job responsibilities at all stages of their professional careers, Charters said. It’s why Latina Surge holds educational classes for women — and allies — on this idea.

“The name of the game, first and foremost, is negotiation,” she said. “It’s being educated, gathering as much research as you can on what the pay scales are for positions — and arming yourself with that data. That’s exactly what we teach in our education programs.

“We want women, especially Latinas and BIPOC women, to know that there is significant space for negotiation and different ways to strategize on negotiations.”

Asking about whether there is a salary band for the job, what the pay scale is for the trajectory of the job — and whether there is latitude in either instance — are places to start, Charters said.

Those questions aren’t all about money, either.

What are the benefits? Will there be financial assistance with child care? What about educational efforts, such as certificate classes or additional higher-level schooling?

“Women must prepare with Plans A, B and C,” she said. “Maybe companies don’t budge on salary, but you should absolutely be negotiating other things that are going to support your job performance and ensure an ability to obtain the highest pay in those bonus pools.”

Here’s why this is such a big day: Equitable pay for women is not a zero-sum game. It can be the key to a societal shift, Charters said.

A pay increase for just one woman can dramatically change her career path. For instance, making enough to afford child care can help a woman achieve more — and thus get more promotions and more money.

But it also impacts the future of her family — since many women are the sole providers of a family’s income.

“If women cannot create wealth generation, we go backward in other areas,” Charters said. “Think of single mothers and families that need two incomes to run their households. The pay gap brings a compounded negative affect.”

The good news: Despite the numbers, there has been movement on the issue.

For starters, awareness of the issue has made entry-level salaries far more equitable in recent years, Charters said. But there is still work to be done.

That’s why Charters is thrilled that Latina Surge partners with the LeanIn organization as a leading global network, joining the pay equity movement in a way that has enabled it to increase its influence and reach.

More than that, Charters said more organizations and more male leaders in organizations — allies — are recognizing the importance of equal pay. When Latina Surge runs programs, more than just women of color are in the room, she said.

Charters is happy for the notoriety and pleased by the willingness to help, but she said it still comes back to women empowering themselves.

She acknowledges that learning how and where to get the right data — and how to negotiate — still is something that is not easy for women. That’s why Latina Surge also teaches women one other negotiating tactic: How to use their massive spending power to help the cause.

The vision of Latina Surge is to ensure BIPOC — Black, indigenous and people of color — women utilize their purchasing power by “surging and rewarding” companies that are best-in-class performers in diversity, equity & inclusion.

“Women can proactively take responsibility for that surge — and empower themselves,” Charters said. “Every time we pull out our credit card, we need to ask ourselves, ‘Is this a company that supports Latina women and BIPOC women — and supports closing the gaps on equal pay?’”

“We need to be knowledgeable and be empowered with the information as to what these companies are doing for women via their (corporate social responsibility) and (environment, social & governance) strategies. Otherwise, we’re rewarding companies that are not interested in systemic change. And we’re not helping ourselves.”