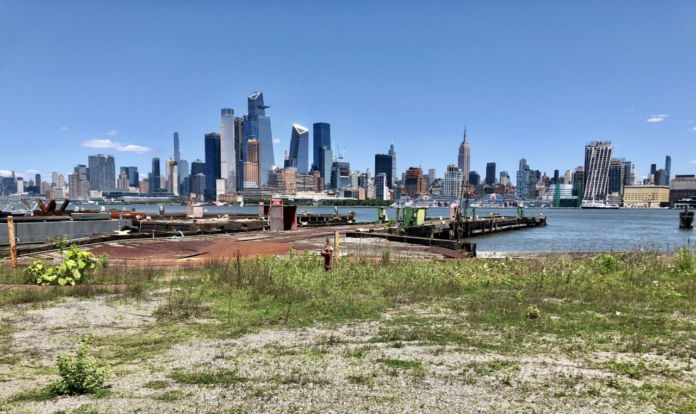 The acquisition means Hoboken can now move forward with plans to develop a park at the site and connect the final piece of an entirely publicly accessible waterfront that has eluded Hoboken for decades.

“Make no mistake about it, the Union Dry Dock property is now in the hands of the city of Hoboken,” Bhalla said. “This is truly a historic day for our residents, and I’m beyond thrilled that the entirety of our waterfront is now in our control and that we can once and for all plan for public open space and connect our treasured waterfront. This day couldn’t have happened without the steadfast support of our many residents and advocates, including the Fund for a Better Waterfront, who made their voices heard loud and clear that Hoboken deserves nothing less than a waterfront park. I look forward to working with our community on a design our residents can be proud of in the coming months.”

The acquisition was done in accordance with the condemnation process, which allows the city to move forward with acquiring the unused waterfront property for the purpose of a public park.

With control of the Union Dry Dock property, the Bhalla administration will initiate a public planning process to determine the public amenities and features that will be located within the waterfront park. The administration on Wednesday also released a Request for Proposals to solicit professional design firms to present options for the design of a public park at the property. The firm will be tasked with working with the administration and conducting a robust public process that will solicit community input from residents, similar to Hoboken’s other open space projects.

Pursuant to a Hudson County judge’s order, the city deposited the appraised amount of the Union Dry Dock property, $13.36 million, into court. The city also recorded a Declaration of Taking with the Hudson County Register. Through these actions, the city has effectively acquired title and ownership of the property.

New York Waterway will continue to temporarily occupy the property with the support of the administration, as the city and NY Waterway are working to finalize a temporary lease agreement at the Union Dry Dock property. The lease will assist in the docking of a portion of NY Waterway’s fleet while it redevelops and expands its current ferry operations at an alternate location.

“The fact that the city of Hoboken has acquired Union Dry Dock is an historic turn of events,” Ron Hine, executive director of the Fund for a Better Waterfront, said. “This site, inaccessible to the public for more than a century, will add more than 3 acres to Hoboken’s waterfront park and complete one of the final missing gaps in a continuous park at the water’s edge first proposed by FBW in 1990. Kudos to Mayor Bhalla and his administration, and all the many community advocates who helped make this happen.”

Paladino explains what works, what doesn’t — and his favorite public-private...