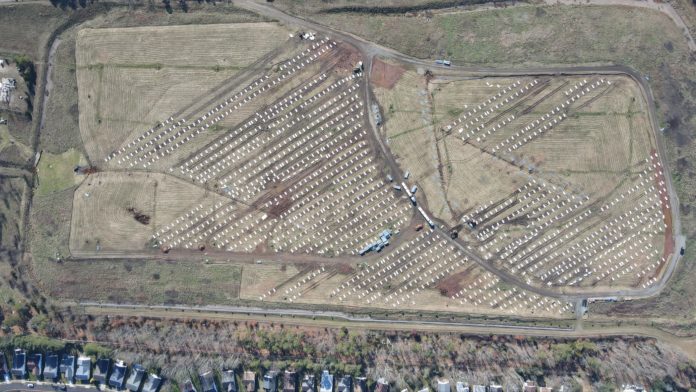 Beyond converting previously unusable land to a clean energy generating asset, the project will also serve low-to-moderate income residents and will enable the Township to recoup 40 years of back taxes and interest. Construction of this project is expected to be complete by May 2023.

Chris Ichter, executive vice president at CEP Renewables, said the project builds upon the work the company recently completed in Mt. Olive – the largest solar landfill project in North America – by utilizing a similar process with this project, he said.

As with the Mount Olive project, the BEMS project was also purchased by way of the redevelopment and tax lien foreclosure process. The Big Hill landfill site in Southampton had been long abandoned by its former owner, resulting in the site accruing millions of dollars in tax liens.

As part of the public-private partnership between CEP and the Township of Southampton, CEP acquired the tax liens from the Township, paying back all past-due taxes in the process, and foreclosed on the landfill property. CEP is now the owner of this landfill site, and the Township, meanwhile, has been able to recoup nearly 40 years of back taxes and interest.

“We’re proud that CEP Renewables has selected us to provide our expertise for this impactful landfill solar project due to our proven ability to complete these challenging projects safely and cost effectively,” Michael Dillon, director of operations at CS Energy, said.

“We look forward to working alongside CEP Renewables to convert a previously unusable site into a solar generating field that will provide substantial environmental and financial benefits to this local community.”

There are over 10,000 closed landfills in the United States, and it has been determined that closed landfills could host more than 60 GW of solar capacity – enough to power 7.8 million homes.

There also has been an 80 percent increase in solar landfill projects over the past 5 years, due in large part to the landfill expertise that has been developed by companies such as CEP. This

BEMS project represents just one of 16 landfill or brownfield projects that CEP currently has under development.

The BEMS project adds to CEP’s total of over 100 MW of solar projects in New Jersey and will contribute to New Jersey’s ranking as the number one U.S. state for installed solar capacity per square mile as well as for the most planned community solar capacity serving LMI households.

Energy’s role in N.J.’s future: 5 questions with Greg Lalevee of...