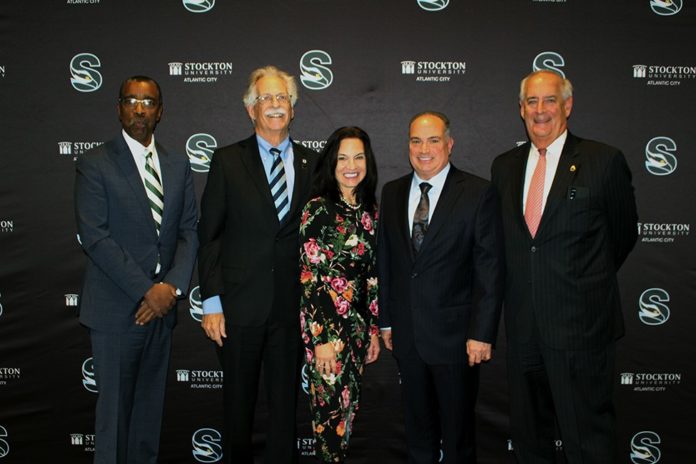 A Stockton University panel discussion titled “Celebrating 45 Years: Legalized Casino Gaming in New Jersey” that was held last week at Stockton University’s Atlantic City campus by the Lloyd D. Levenson Institute of Gaming, Hospitality and Tourism (LIGHT) found that while there may be some debate whether the arrival of casinos in Atlantic City 45 years ago has completely fulfilled its promise, there’s no doubt gaming has completely transformed the resort and will continue to do so in the future.

“There are a tremendous amount of people who have made a life for themselves that they otherwise wouldn’t have had an opportunity to do by working in an industry that provides jobs with salaries and things that they never expected in the town that existed here in 1977,” said Michael Epps, currently a solicitor for the city, but was the first Atlantic City native to serve as a New Jersey Casino Control Commission (CCC) member.

“But there are some folks who feel like they have not received the full promise of what they were offered, and they’re still waiting for it deliver,” Epps said.

“As neighbors in Atlantic City, Stockton University has had the opportunity to grow alongside the casino industry and witness the many changes that have taken place,” Kahanov said.

“The Casino Control Commission has become a standard for other states to emulate.” However, it wasn’t always that way, Perskie said.

In fact, the idea to bring gaming to New Jersey and Atlantic City was originally not at all popular.

“You had an industry that was considered around the rest of the country as having been organized and funded by people that you didn’t want to invite to your house for dinner,” said Perskie, who added that at the time Atlantic City had a series of mayors who had gone to jail for various wrongdoings. The casino industry was considered a place for the mob, Perskie said.

“So, the idea of putting casinos in Atlantic City meant that you would take a corrupt industry and put it into a corrupt city that was located in a corrupt state,” he said with a laugh.

To assuage any doubts, Perskie and the rest of the panel said the state had to make it abundantly clear that the regulations were strong, and enforcement was tough. And they all agreed the CCC has accomplished that goal as New Jersey’s casino regulations have become the “gold standard” for other states and even countries, Plousis said.

“After New Jersey showed it could ensure the good character, honesty and integrity of the industry, public confidence, trust and credibility grew in the casino industry,” Plousis said.

Now, 46 other states have gaming, there are more 485 commercial casinos in the United States that employ close to a million people. “So, the industry started because of the good practices that Atlantic City has,” Plousis said.

Perskie said he believes Atlantic City is much better off because of casinos, but he also said the resort has not reached its maximum potential due to squabbles and disagreements between city and state governments. “My view is that the future is going to be dependent on what the industry does and what the government does,” Perskie said.

“The industry will continue to do what it has continued to do; the question is will the government continue to meet its responsibilities?” One of those responsibilities is recognizing evolving trends in the casino industry, such as sports betting and esports, and continuing to be in the forefront on ways to regulate and monetize them. “It’s very clear to me that New Jersey can be a leader to allow esports to be integrated into both the retail gaming environment, as well as the online gaming environment,” Rebuck said.

“I see it as a challenge to beat Nevada to the punch.” Kaufman said in the future she would like to see more diversity in top casino management positions. “Why aren’t more women CEOs? We need more of them. We are trying but it’s a long process,” she said, adding that half of the customers in internet gaming and sports betting are women. “If you hire more diverse people at the top that represent your customers, you’re going to get a better product.”

The discussion ended with an agreement from all the participants that, although the industry is still recovering from the COVID-19 pandemic, there’s a bright future ahead. “I see Atlantic City’s best years ahead of us,” said Giannantonio, who’s a Stockton graduate. “It’s going to require work, but it’s not brain surgery.”