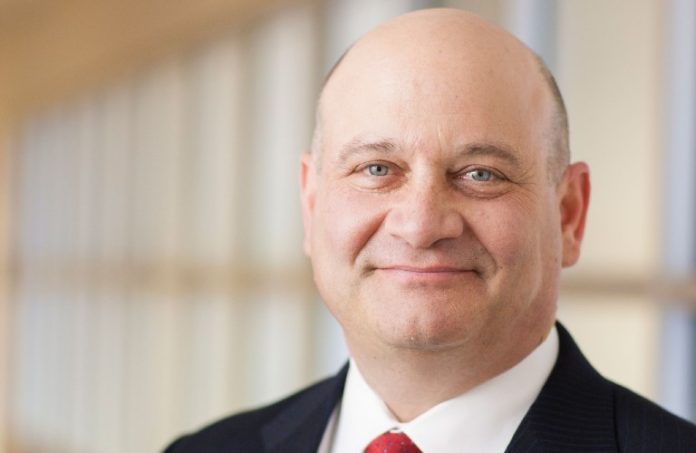 Jeffrey Nash, a lawyer and longtime leader in Camden who has served on the Camden County board of commissioners for more than three decades, has been named the new CEO and president of the Rowan University/Rutgers-Camden Board of Governors, the group announced Tuesday.

Nash will start the role in January 2023, taking over for the acting CEO, Dean D’Astuto, who will return to his previous role as chief operating officer. Nash succeeds Dana Redd, who left the role last fall to become CEO and president of the Camden Community Partnership.

Chairman David Mayer sad the board was thrilled to bring in a leader who has a proven track record of success. Nash’s appointment was made by unanimous consent by the board.

“If you look at Jeff Nash’s accomplishments over the last 30 years for the city and the region, we believe he will be a tremendous fit and addition to our team,” Mayer said. “This is a man who has eliminated a state prison from the Camden waterfront while preserving more than 2,000 acres of greenspace in the city and the county.

“Nevertheless, while his portfolio is long on achievements, his most important quality is his passion for the city of Camden and making it a better place by enhancing the social determinants of health for the residents.”

Nash is the founder of the Nash Law Group, a general practice law firm based in Camden. Prior to forming the Nash Law Group, Nash was a senior partner and shareholder at the Philadelphia-based law firm of Cozen O’Connor, where he specialized in civil litigation and government relations.

As the leader of Cozen O’Connor’s nationally renowned insurance subrogation practice, Nash handled large-loss property cases for most of the nation’s largest insurance carriers. In addition to his work as a litigator and trial attorney, Nash has worked as a public defender during his early years practicing law and is now the chairman of the board to the Camden-based Volunteer UP Legal Clinic. This organization supports and advocates for the most vulnerable in the community.

Nash said he was honored to accept the position.

“It will be a privilege to work with the board and the three institutions of higher learning operating under one roof for the betterment of our community,” he said. “This new position gives me the opportunity to roll up my sleeves and improve the quality of life of the residents of the region and the city.”

Nash is a longstanding elected leader, currently serving as member of the Camden County board of commissioners, to which he was first elected in 1991 after serving as a member of Cherry Hill Township council for three years.

Under Nash’s leadership, Camden County has made significant advancements that have strengthened communities and enhanced the quality of life for the region, including:

The Rowan University/Rutgers-Camden Board of Governors was created by the New Jersey Medical and Health Sciences Education Restructuring Act, which took effect Aug. 22, 2012. The board’s mission reflects an extension of Camden’s significant “eds & meds” presence and leverages the educational and research assets to support growth in the region’s health care capacity.

Op-Ed
Mayor Paul Ritter III -
January 27, 2023
Is Hopewell Township a model community for closing the digital divide in New Jersey? When it comes to connecting families to the future, the...