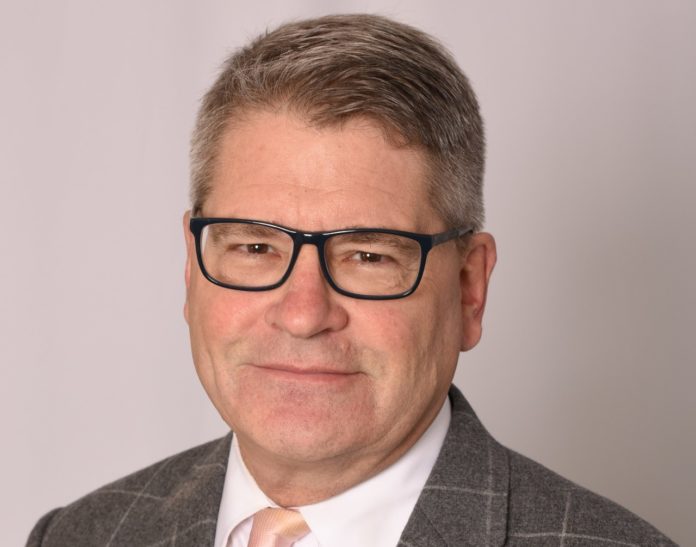 Dr. Jeffrey Boscamp has been named dean of the Hackensack Meridian School of Medicine. Boscamp, who had had previously been vice dean of the school, was named interim dean of the school since the sudden passing of his predecessor, Dr. Bonita Stanton, last January.

“Dr. Boscamp has performed terrifically in the interim role, and he’s proven to be a visionary educator,” Robert Garrett, chief executive officer, Hackensack Meridian Health said. “We are excited to see how he leads the school to an ever-brighter future.”

Boscamp will be the second dean of the medical school, which admitted its first students in 2018 and graduated its first physicians in 2021. Dr. Stanton served as the founding dean of the institution from 2016 until her passing in January 2022.

“Jeff Boscamp has done a great job in stepping in and keeping this medical school moving forward,” Dr. John “Skip” Williams chairman of the Hackensack Meridian School of Medicine’s Board of Governors said. “He took the reins almost a year ago, and has guided the School with an exceptional set of skills and values.”

Boscamp was selected from a field of qualified candidates after a national, competitive search.

Boscamp will also hold the distinguished Robert C. and Laura C. Garrett Endowed Chair for the School of Medicine Dean. A longstanding and highly regarded leader at Hackensack University Medical Center, he also serves as a member of the Hackensack Meridian Health Board of Trustees Academics Committee.

Boscamp has been a clinician and leader in what has become Hackensack Meridian Health since 1987. He has been integrally involved with the founding of the School since the concept of starting a new medical school was first discussed more than a decade ago. He co-chaired the search committee that brought Founding Dean Stanton to the school.

At the School of Medicine he has been the course co-director for a major first year basic science course: Immunity, Infection and Cancer (I2C). In March 2020, with COVID-19 overwhelming the clinical services of HMH, Boscamp selected eight medical students to be embedded in these clinical services to research emerging information on the epidemiology, disease manifestations, and treatments for, COVID-19. The students produced 70 papers in six weeks and the details of this innovative “pop-up” course were published in Academic Medicine. He also teaches a very popular wine appreciation course (with a set curriculum and textbook).